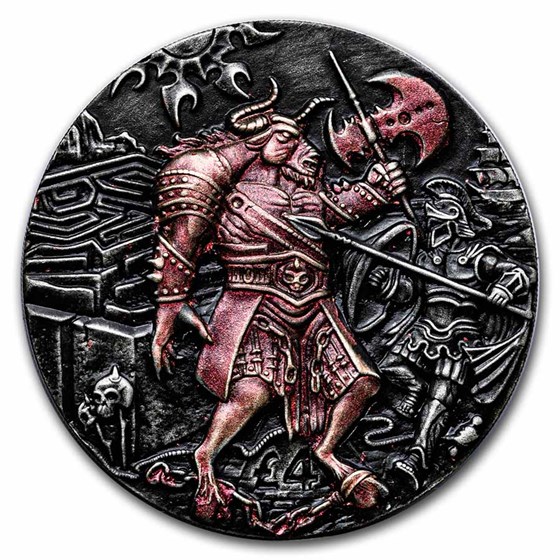 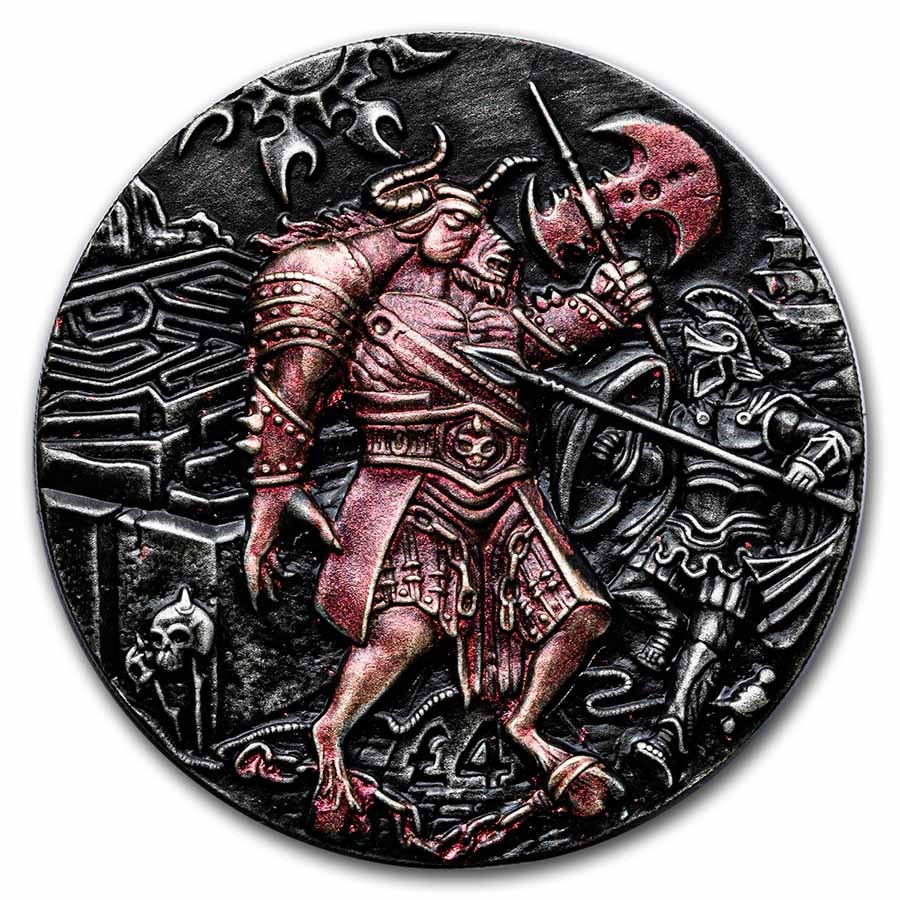 This coin is a fantastic addition to any numismatic collection. Add this 2018 British Indian Ocean Territory 2 oz Silver High Relief Minotaur coin to your cart today!

The famous stories with their monsters and scary creatures are known the world over and this stunning issue of five 2 oz Fine Silver coins has been produced in High Relief with each coin being Antique Finished by hand bringing these amazing characters to life.

The myth of the Minotaur and Theseus is one of the most fascinating myths of Greek mythology. The Minotaur, the son of Queen Pasiphaë and a bull sent by the Greek God, Zeus, was half man and half bull. As the King was so ashamed of this monster, he hid him in a specially constructed labyrinth which was so complicated that no one could ever find the way out alive. Theseus decided to go to kill the Minotaur in order to end the human sacrifices that were made each year. Having entered the labyrinth, unraveling thread as he went, Theseus was not only able to slay the Minotaur but also find his way out of the maze.