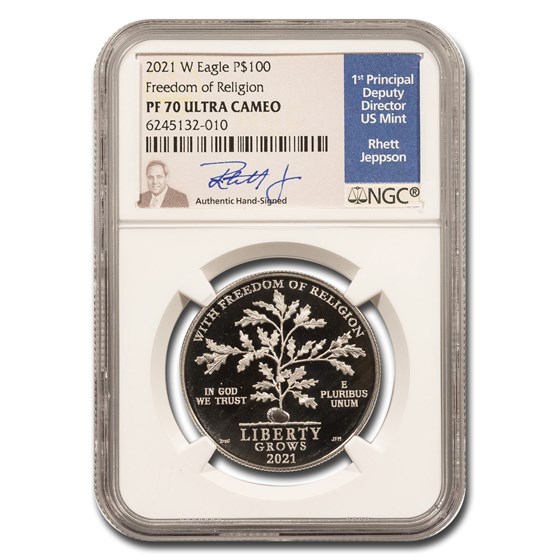 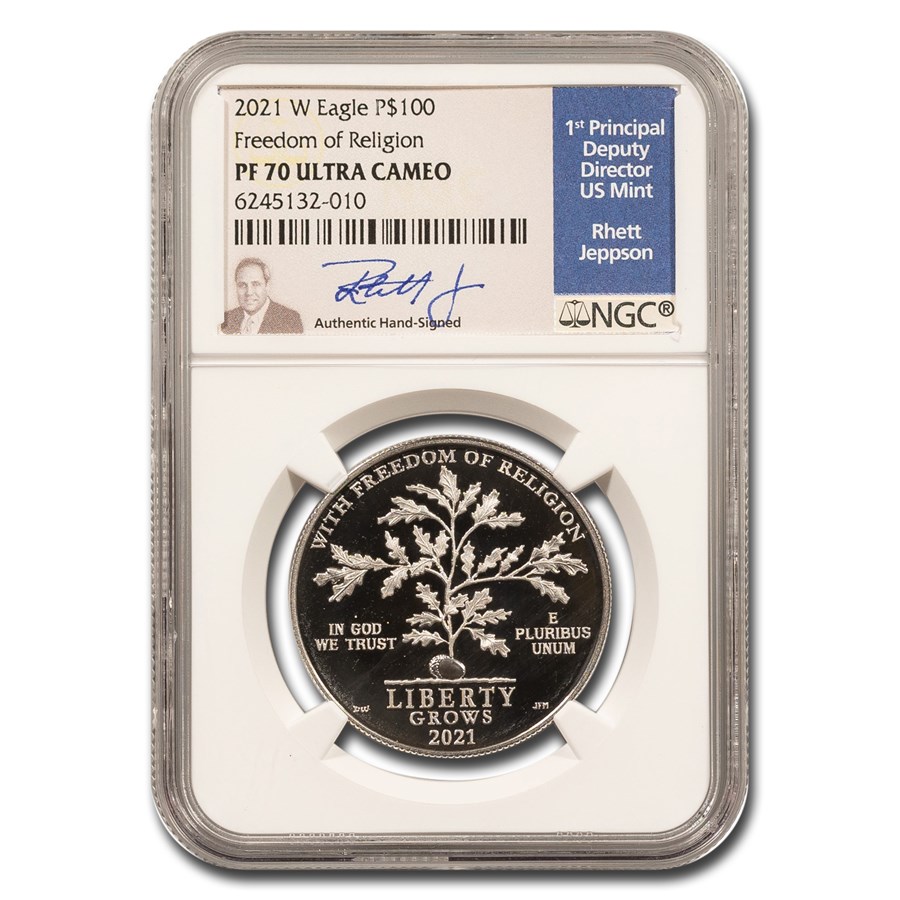 Your purchase will match the quality of the product shown.
Product Details
Product Details
The Proof American Platinum Eagle coin is part of a series that features a newly designed obverse which is part of a five-year series (2021-2025) that will reflect the five freedoms in the First Amendment.

The first coin in the five-year program is the 2021 First Amendment to the United States Constitution Platinum Proof Coin – Freedom of Religion.

One of the most popular designs in American coinage, the Proof Platinum Eagle changes yearly adding to its bullion appeal. Add this beautiful 2021-W 1 oz Proof American Platinum Eagle coin to your cart today!

New Platinum Proof Series
The five-year series (2021-2025) will reflect on the five freedoms in the First Amendment —“Congress shall make no law respecting an establishment of religion, or prohibiting the free exercise thereof; or abridging the freedom of speech, or of the press; or the right of the people peaceably to assemble, and to petition the government for a redress of grievances.”

Inspiration and Design
This series uses the life cycle of the oak tree from seedling to a mighty oak as a metaphor for our country’s growth as a nation that values freedom. Liberty grows to a thing of strength and beauty from a seed — our Bill of Rights. Each of the freedoms enumerated in the First Amendment contributes to the growth and development of the nation.