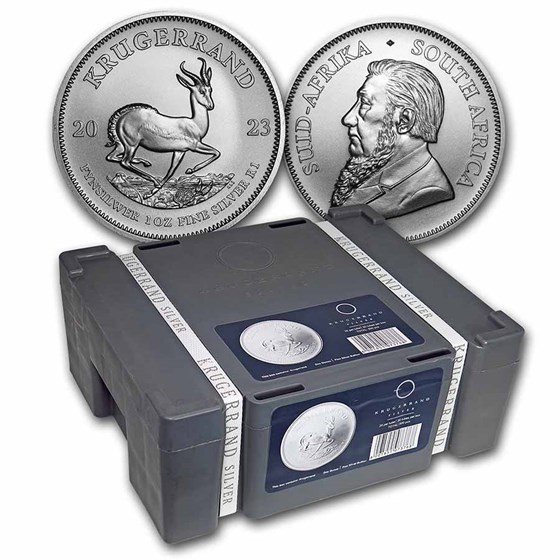 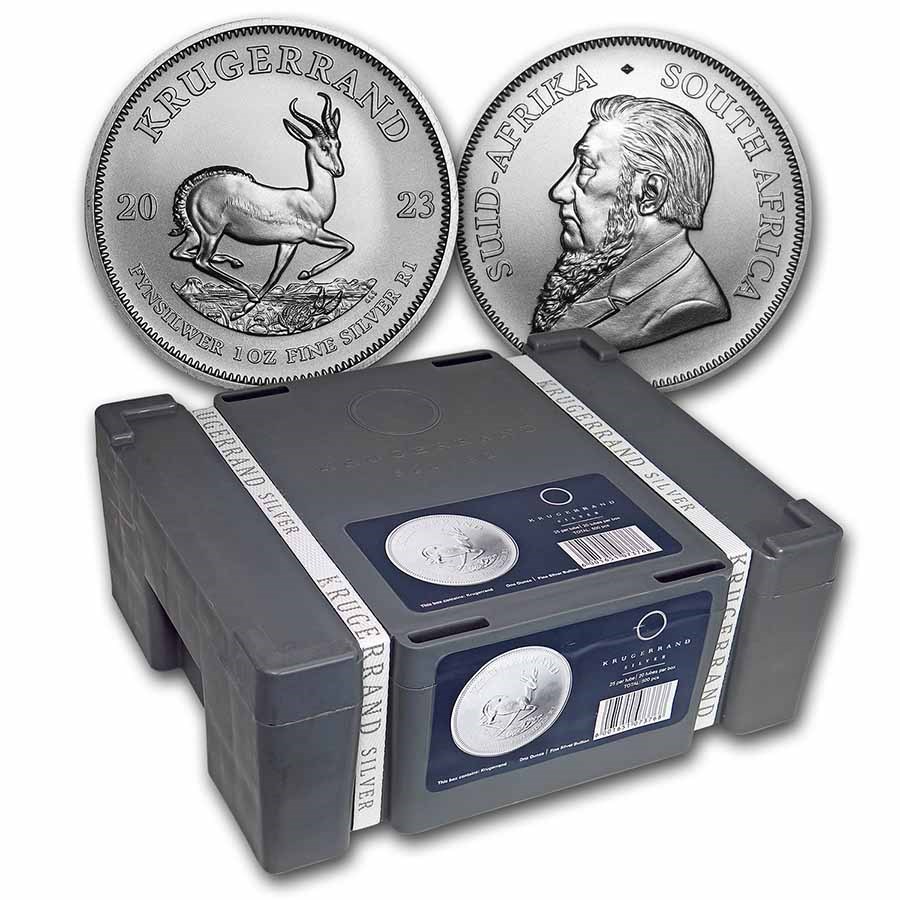 Product Details
Product Details
Only $5.99 per coin over spot
This is the sixth year this popular South African coin has been offered as a Brilliant Uncirculated Silver coin, and a sealed Monster Box is an effective way of obtaining large amounts of Silver with just one purchase.


Handle your 2023 1 oz Silver Krugerrand coins with care by adding a 12-pack of cotton gloves to your order.

2023 500-Coin South Africa 1 oz Silver Krugerrand Monster Box
First introduced in 2017 as a premium BU coin to commemorate the 50th anniversary of the Gold Krugerrand, the Silver Krugerrand is now offered as a Brilliant Uncirculated coin and has become popular with investors and collectors alike. The Silver Krugerrand has the same design as the Gold Krugerrand but does have a face value unlike the Gold. The design is the same as it was when the coin was introduced in 1967. It features the South African Republic's first president, Paul Kruger. On the reverse, a springbok, which is the national animal, and the date of minting appear. The springbok seems to be jumping into action, while President Kruger is a reminder of 19th century South African political and military affairs.

This 500-coin box of the world-renowned 1 oz Silver Krugerrand is a great way to expand any collection.