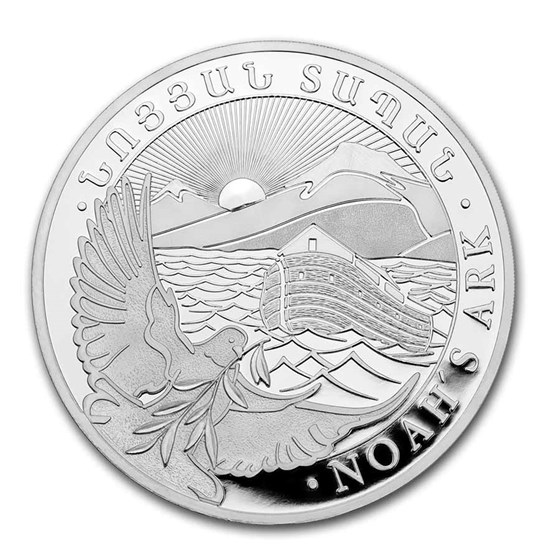 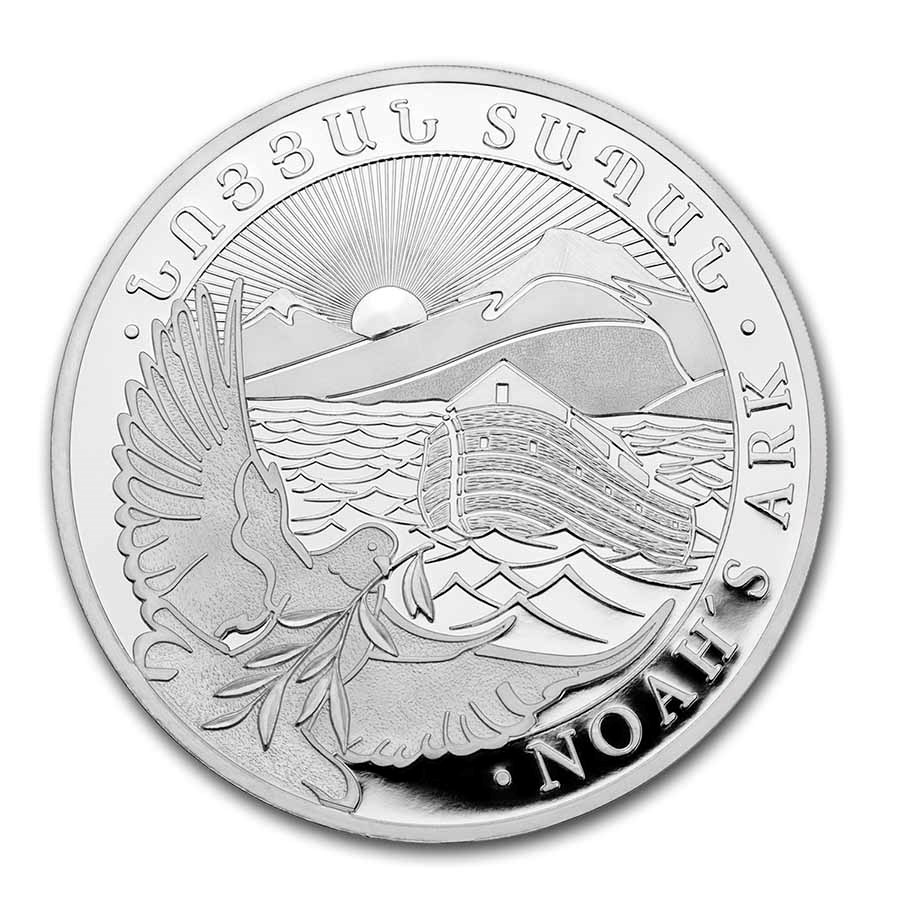 The Noah's Ark Armenian Silver bullion coins are available in different sizes from 1/4 oz up to 5 kilograms. Add this 2023 Armenian 1/4 oz Silver Noah’s Ark coin to your cart today!

Geiger Edelmetalle
Geiger is a German refiner of Gold and Silver bullion and is the oldest Silver trading house still operating. Its headquarters is the Schloss Güldengossa near Leipzig, which was built in 1720. It is the only private mint in Germany to produce and distribute a sovereign state coin. The Noah's Ark coin is produced for the Armenian Central Bank.

Noah's Ark Series
The Silver coin was introduced in 2011 and in 2020, the first Gold coins were offered. The Noah's Ark coins are issued by the Central Bank of the Republic of Armenia. Production of the coin is subject to the strict requirements of the central bank: the purity of the Precious Metal, the weight and the quality of the coinage are checked and guaranteed by the state. The design is deeply rooted in history. According to the Bible, Noah's Ark was stranded in the Ararat mountains after the rains. Mount Ararat is the Armenian national symbol. Its striking shape is visible from the capital Yerevan and is firmly connected to the city scape.