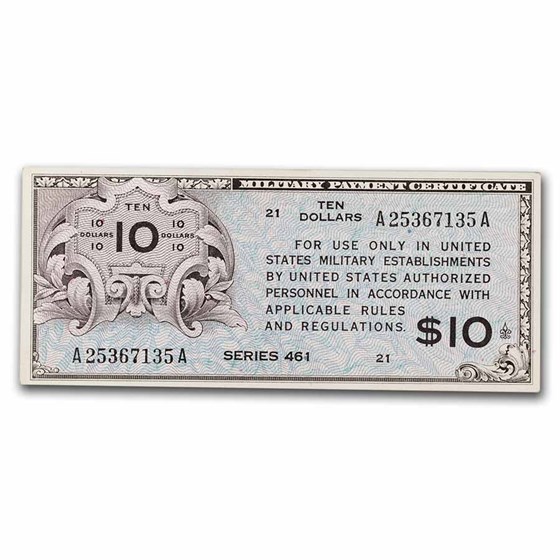 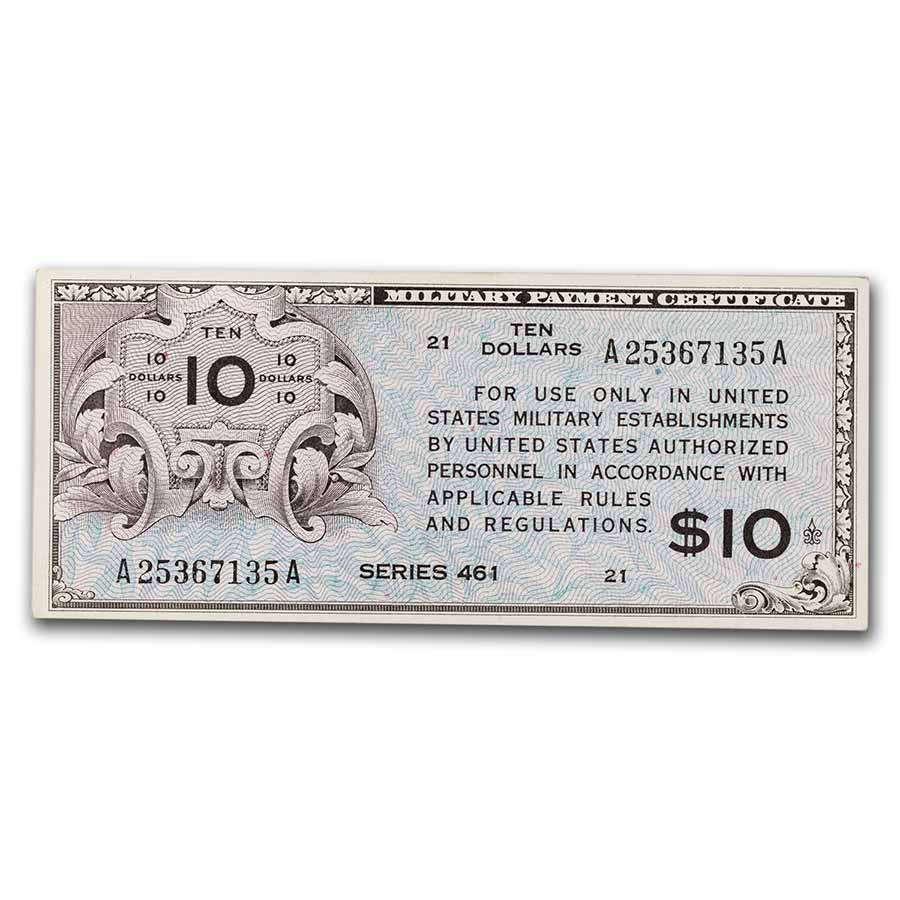 Product Details
Product Details
This MPC Series 461 in the scarce $10 denomination comes in XF condition. It is an excellent addition to any collection.

Add one of these MPCs to your cart today!

These certificates were used in Austria, Belgium, England, France, Germany, Greece, Hungary, Iceland, Italy, Japan, Korea, Morocco, Netherlands, the Philippines, Ryukyus, Scotland, Trieste and Yugoslavia from March 10, 1947 until they were withdrawn on March 22, 1948.

The Series 461 Military Payment Certificates were printed by Tudor Press Incorporated, Boston Massachusetts. They were numbered and separated by the Bureau of Engraving and Printing.