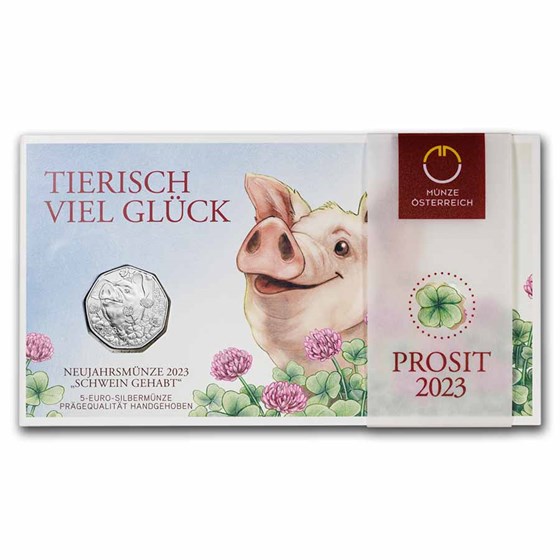 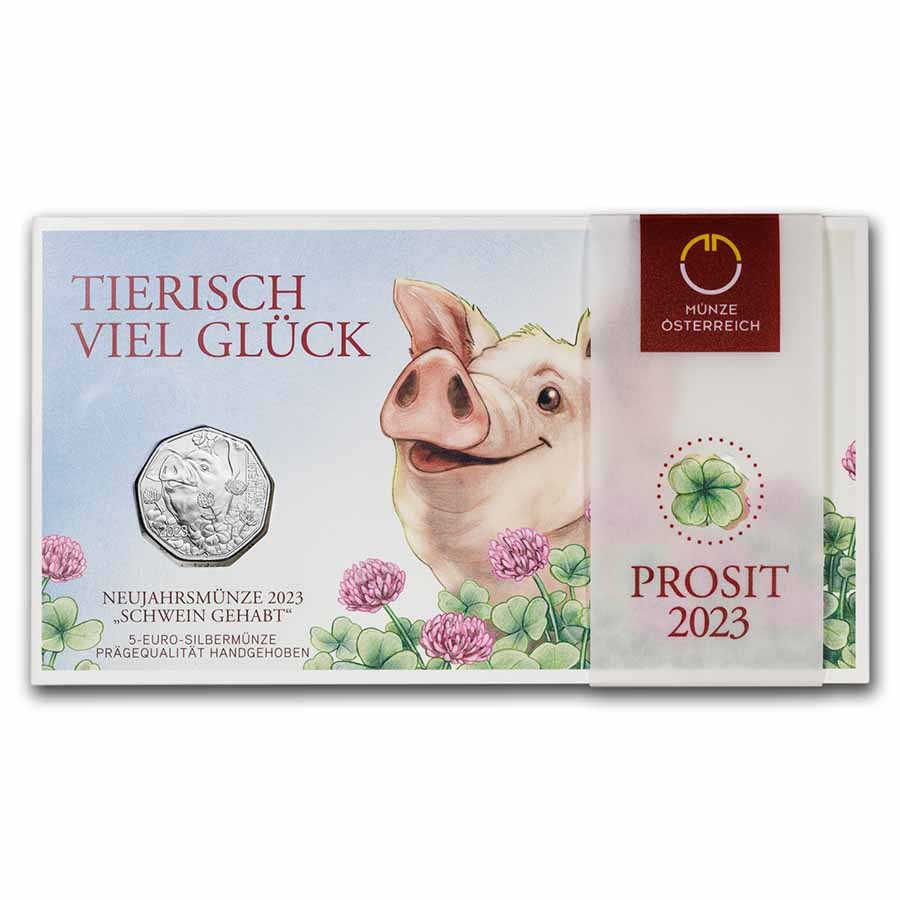 Product Details
Product Details
The likeable and intelligent domestic pig has been kept by humans for some 9,000 years. In present-day Austria, pork is still by far the most popular meat and plays a starring role in Austrian cuisine.

The popular Austrian expression ‘Schwein gehabt’ (literally ‘had pig’), meaning to be fortunate in one’s misfortune, is said to have been coined in the 16th century during times when people did not have enough to eat. The lucky ones were those who had at least one pig. Maybe the pig can be a sign of hope for us all in these troubled times, because something unforeseen and pleasant can happen even when there is no sign of light at the end of the tunnel. We wish you unexpectedly pleasant experiences in 2023 and hope that by the year’s end you too can say that you have had pig!

This coin is a fantastic New Year's addition to any collection. Add this 2023 Austria Silver €5 New Year's The Popular Pig coin to your cart today!