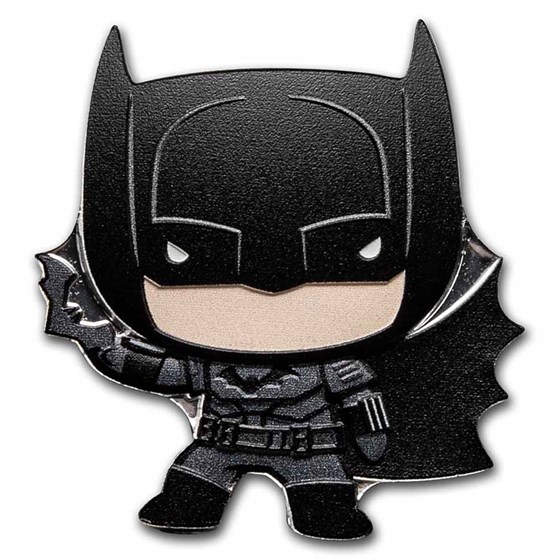 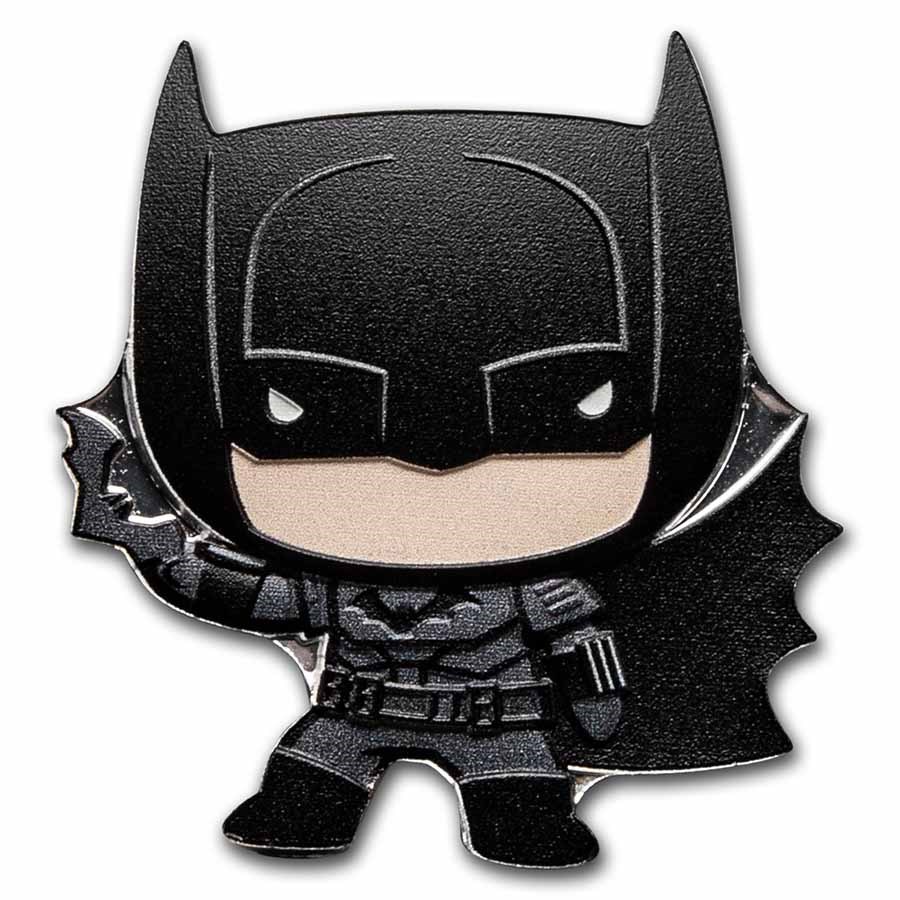 Product Details
Product Details
New Zealand Mint reprises Batman again as a Chibi. This time from the 2022 film, The Batman! His cape billows as he holds a batarang in hand ready to strike. This version is a must have for any Batman fan!

It's the perfect gift for fans of Batman and chibi/coin collectors alike! Add this flying Batman Chibi coin to your cart today!

Explore the Pages of DC Comics
DC Comics is one of America’s leading comic book companies. The majority of DC’s stories occur within the fictional DC Universe. DC Comics has produced notable heroic characters, such as Superman, Batman and Wonder Woman. The universe also features well-known supervillains including Lex Luthor, the Cheetah and the Joker.