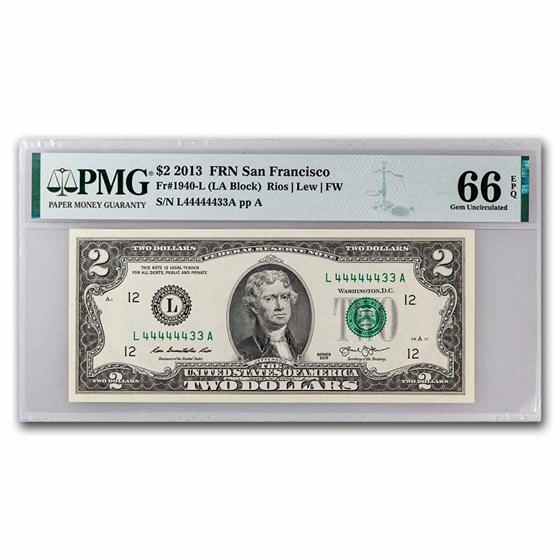 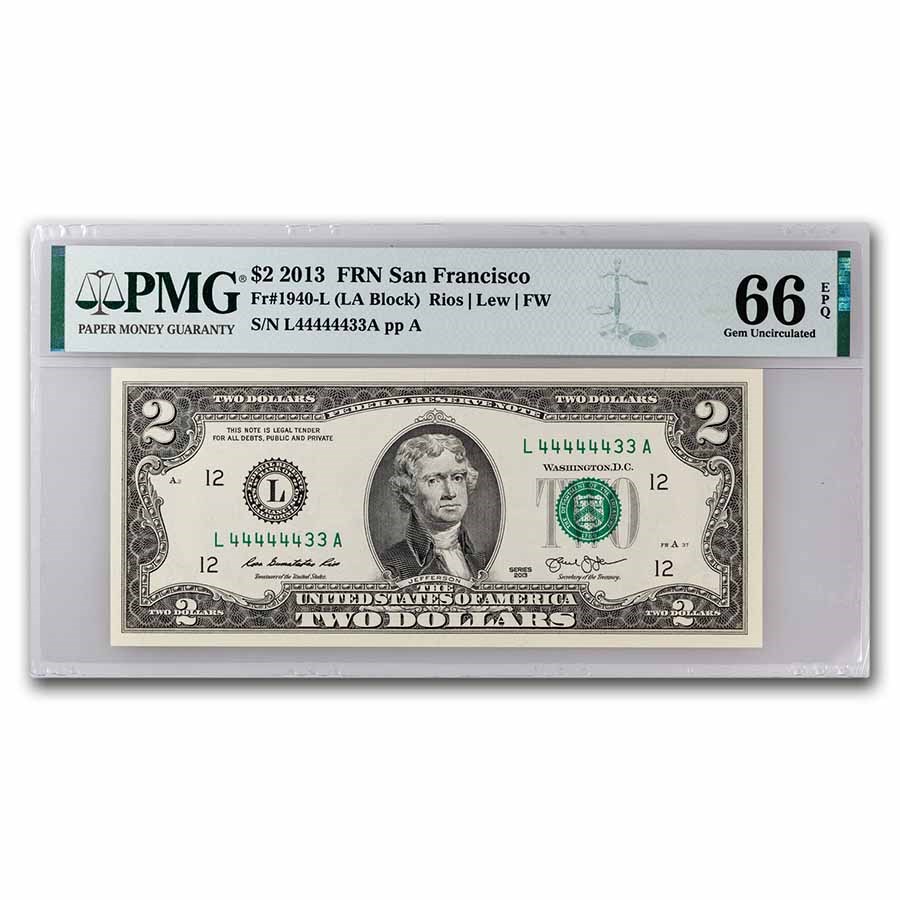 Product Details
Product Details
Beautiful 2013 $2 bill from the San Francisco district is in Crisp Uncirculated condition. Notes have near solid serial numbers similar to what is pictured.

Series 2013 $2 FRNs were printed in fairly large numbers, but the San Francisco district can be elusive in Crisp Uncirculated condition!