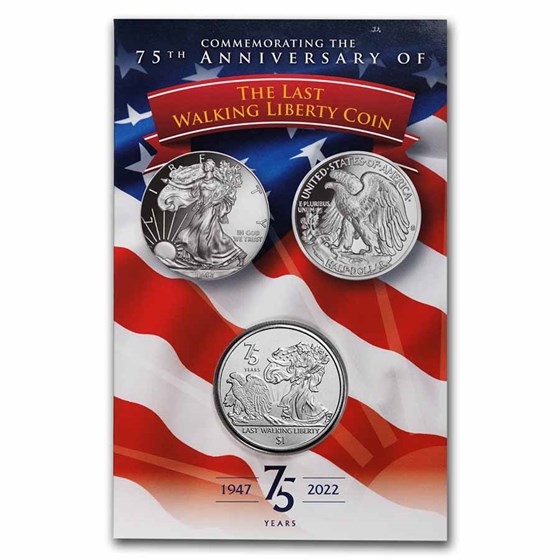 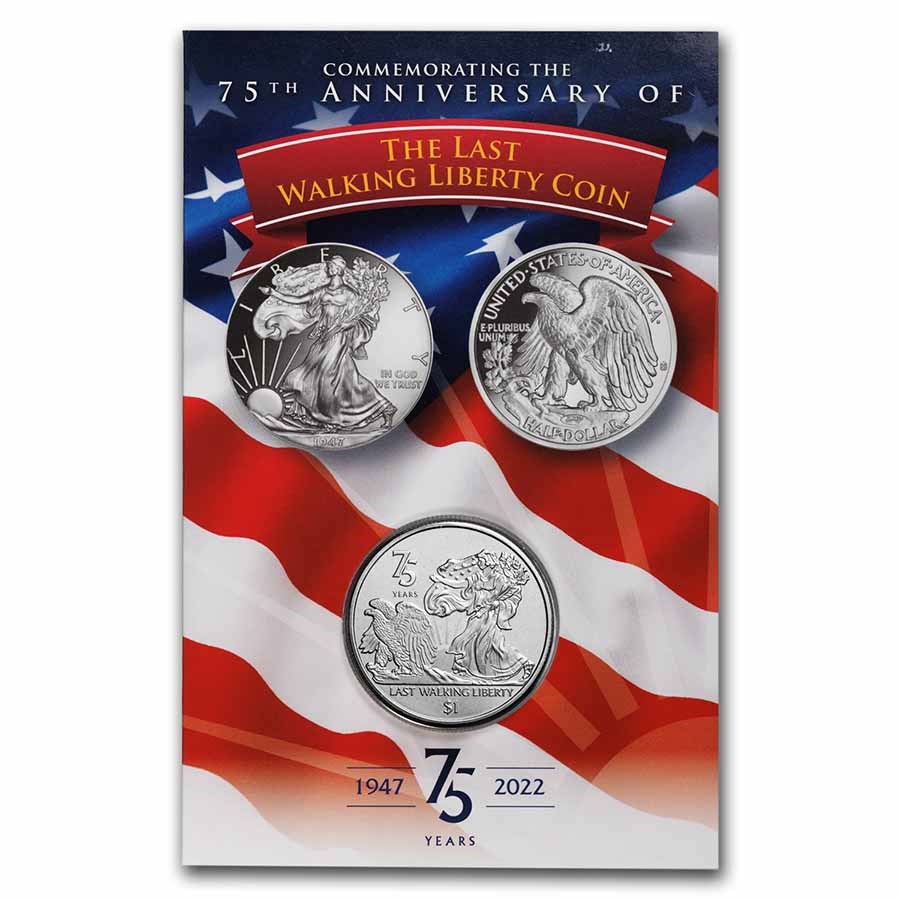 Product Details
Product Details
This release from Pobjoy commemorates the 75th anniversary of the last Walking Liberty Half Dollar with an extremely limited mintage of only 1,947 coins worldwide and features Liberty holding the American flag in the breeze.

Protect and display your Silver coin in style by adding an attractive display or gift box to your order.

Roman Origins
Liberty, as a concept, has historically been represented by the personification of female goddesses. There are numerous examples of this from the French Republic and the United States from the past century and a half. Liberty can trace her origins back to the Roman goddess Libertas. Often depicted holding a rod and pileus, she represents the freeing of ancient slaves, who were often promised freedom in exchange for taking up arms for their masters. Once done with their enfranchisement, Roman slaves would have their heads shaved and would wear a pileus, a hat that signified their newfound freedom.