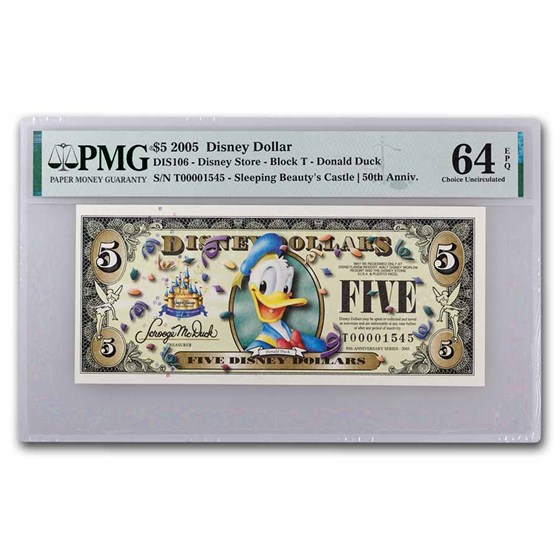 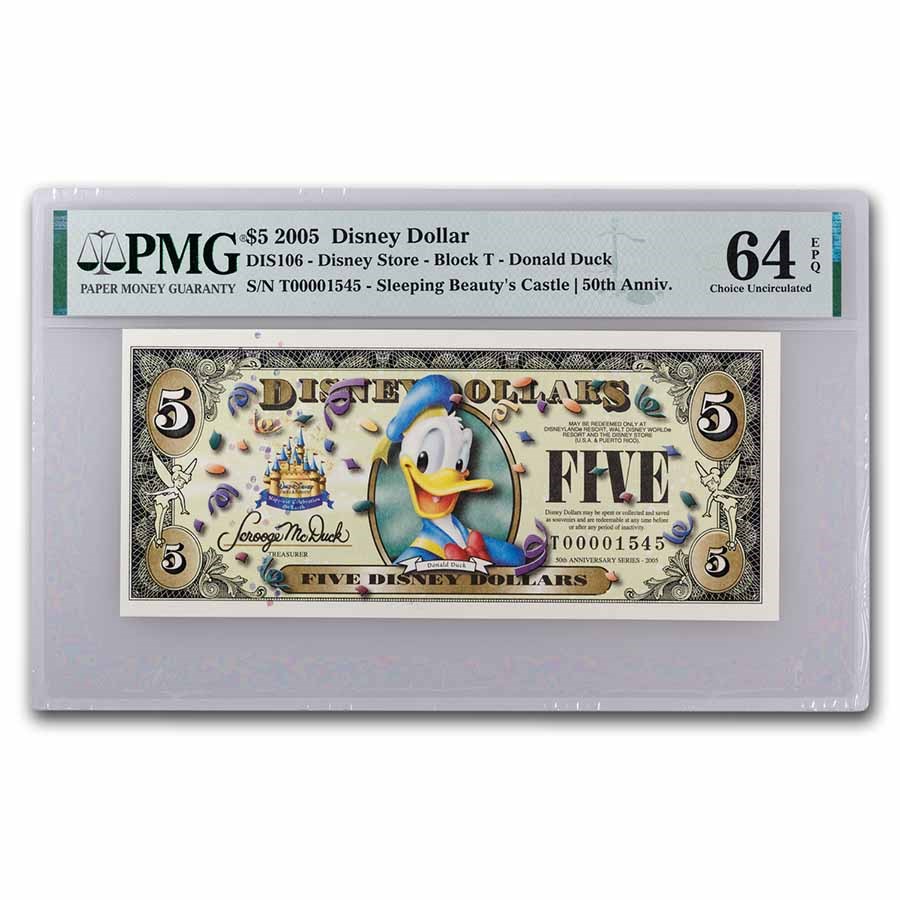 Product Details
Product Details
This Series 2005 $5 (T) Disney Dollar is in Crisp Uncirculated condition. It is an excellent addition to any collection!

Coin Highlights:
Don't handle your currency with bare hands. To avoid damage from the oils in your skin, add these cotton gloves to your order.