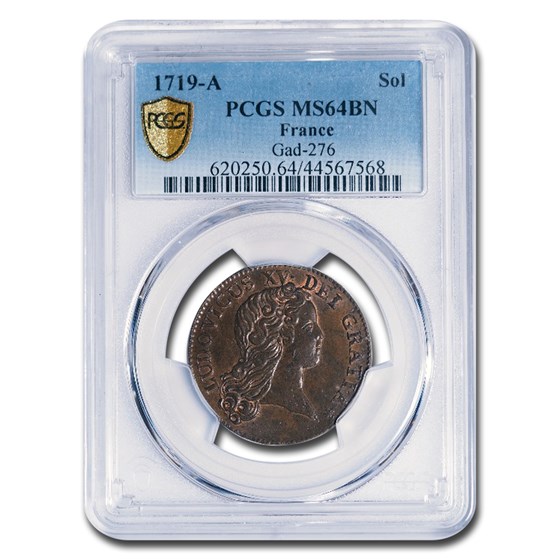 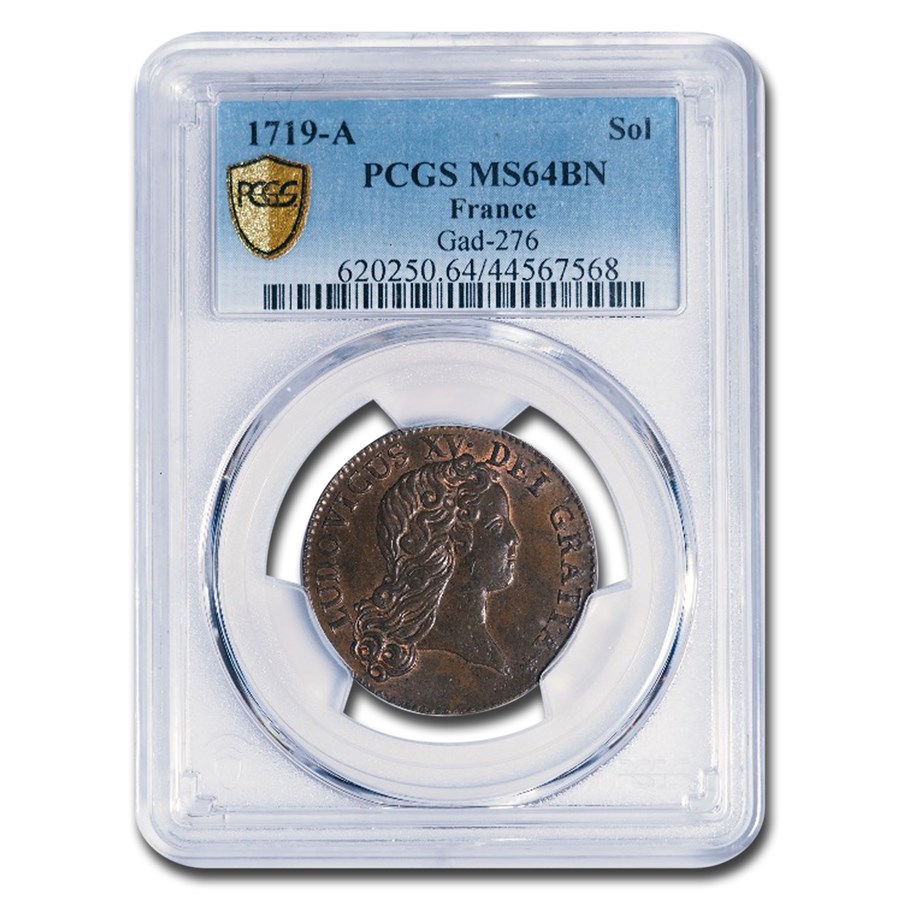 The product pictured is the exact product you will receive.
Product Details
Product Details
A scarce coin that was used in Colonial America and Canada. These coins were struck in France by John Law for circulation in the colonies. This coin was struck to alleviate the currency shortage rampant through the American colonies.