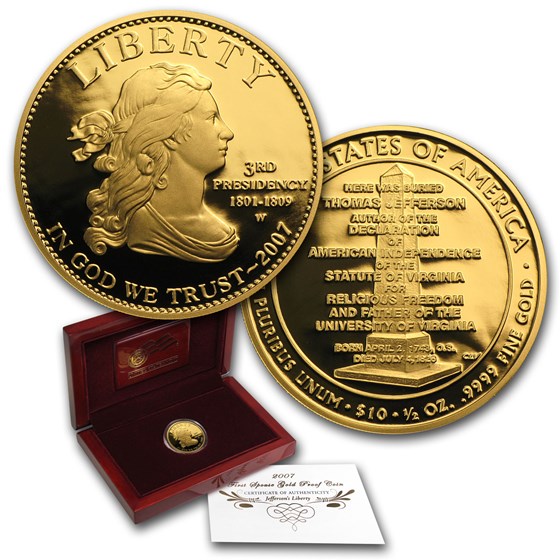 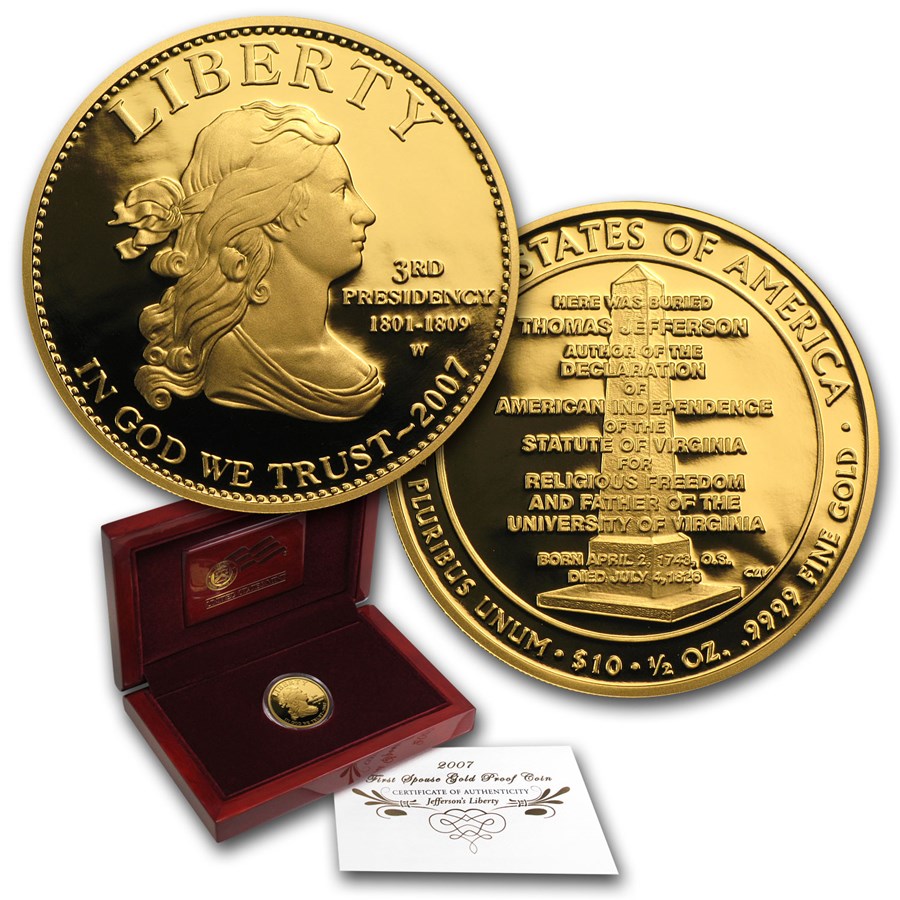 $1,932.69 $1,942.69
As Low As
8% Off The Premium
Product Details
Product Details
The U.S. Mint's First Spouse series includes a few releases for presidents who served without a spouse. This third release in the series corresponds with Thomas Jefferson, who had been a widower for 19 years when he became president.

In such an instance, the First Spouse coin features a depiction of Lady Liberty as seen on U.S. coinage during that president's term.

Coin Highlights:
These coins honor Presidential First Ladies who have added so much to our country. Add this 1/2 oz Gold Jefferson's Liberty First Spouse Coin to your cart today!
Related Searches