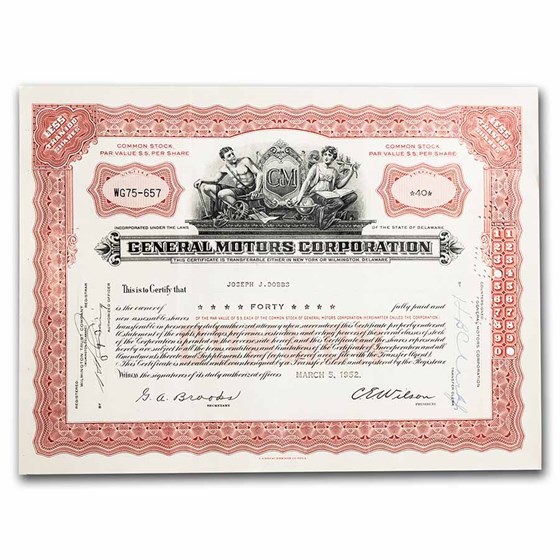 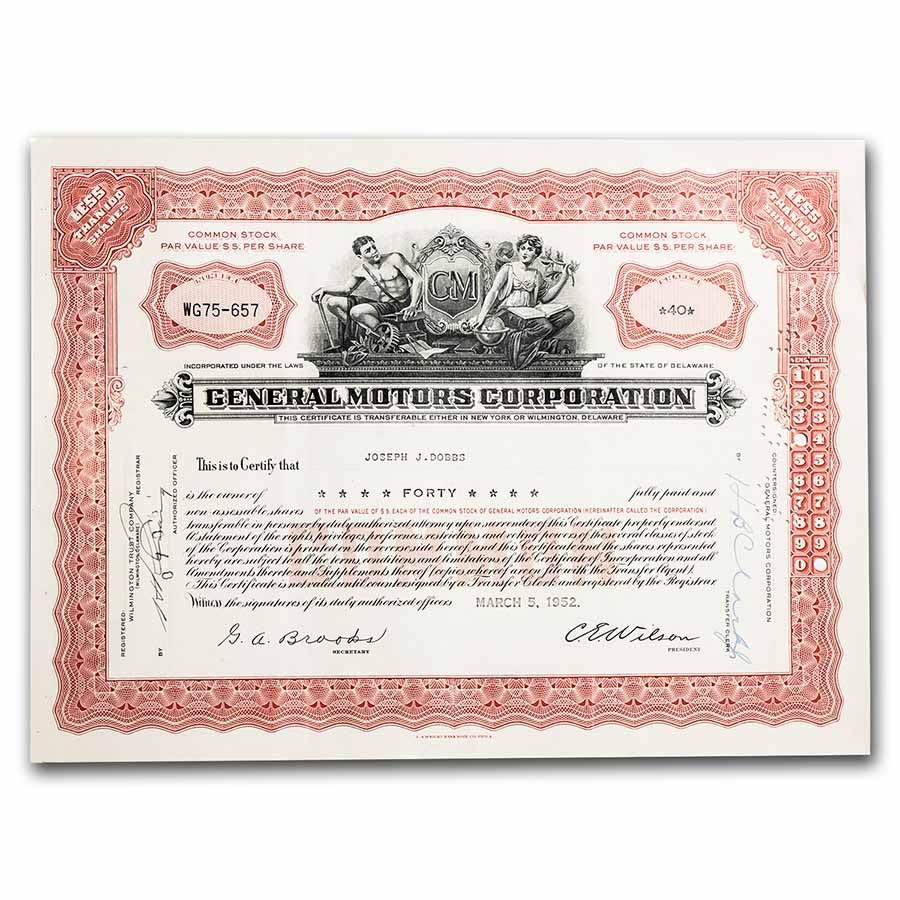 Product Details
Product Details
This automotive stock was issued by General Motors and displays a man and woman seated on either side of a GM logo. Colors chosen will be determined by stock on hand.

This Stock Certificate is from the General Motors Corporation. In 1908 the General Motors Company was organized by William Durant in Flint, Michigan. The company grew to become a leader in the automobile industry by acquiring Buick, Oldsmobile, Oakland (later named Pontiac), Cadillac and Chevrolet. United Motors Corp., a combination of parts and accessories makers, including Delco, New Departure and Hyatt Roller Bearing Co., became one of GM’s most important acquisitions. In addition to acquiring the products, Hyatt’s president, Alfred P. Sloan joined GM. Two years later, Sloan replaced the ousted president, Durant, and created a decentralized management plan that became the model for much of the rest of American industry.

In 1919, the company headquarters were designed in Detroit. The General Motors Building in Detroit was designated a National Historic Landmark in 1985. GM is one of the largest manufacturing companies in the world. It has been a global automotive sales leader since 1931. Automobile brands are Buick, Cadillac, Chevrolet, GMC, Holden, HUMMER, Oldsmobile, Opel, Pontiac, Saab, Saturn and Vauxhall. Today the company has manufacturing operations in 32 countries and sells its vehicles in over 190 countries. It also sells parts, accessories and has global partnerships with numerous vendors.