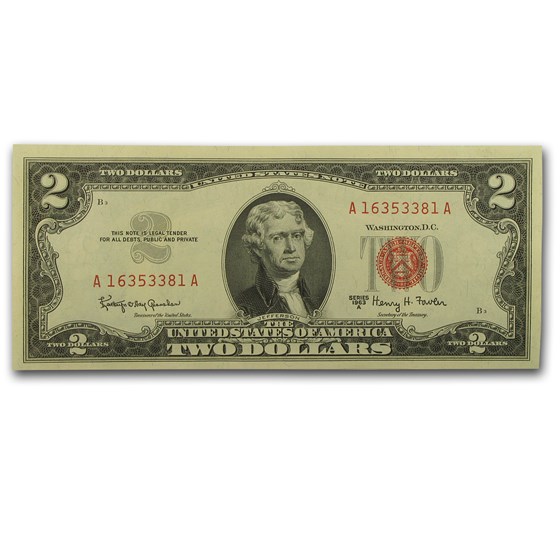 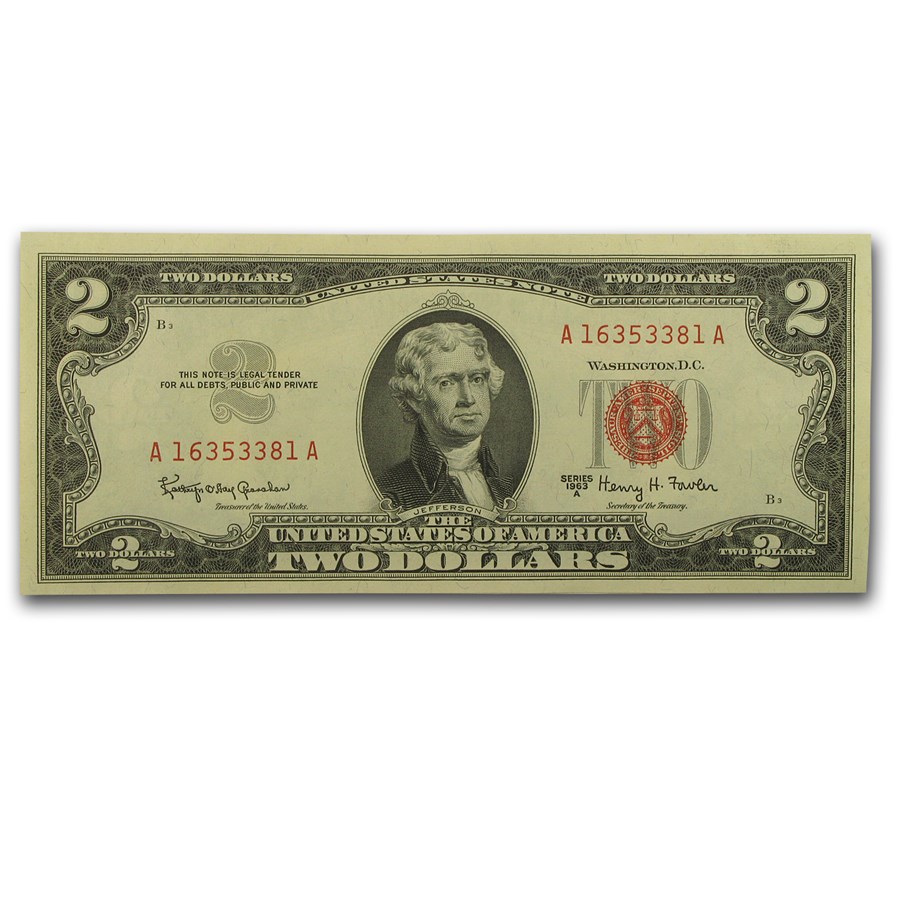 Currency Highlights: These notes are a great part of history that can easily be added to any collection. Add some of these great conversation pieces to your cart today!

Series 1963 through 1963-A of our choice and limited to available inventory.

Series 1963 $2 United States Notes were printed in fairly small numbers by today's standards, and they saw heavy usage until the type was discontinued in the 1960s. These like new $2 Red Seals are popular with collectors!

Excellent addition to any collection

Very crisp uncirculated note. For over 40 years old looks like it was printed yesterday. All notes come protected in their own labeled currency sleeves.

US History in the palm of your hand!

I purchased this bill as a gift and was amazed at how well it was preserved, its as fresh as the day is was delivered from the Federal Reserve to the bank. This makes for a very creative gift at little cost!

This is the first currency purchased from APMEX and it is just perfect. The bill is crisp, as advertised, and it comes in a protective holder. Thanks APMEX!

It is wonderful to have uncirculated money hidden in my safe deposit box. It is a good feeling. These two dollar bills seemed like they were brand new.