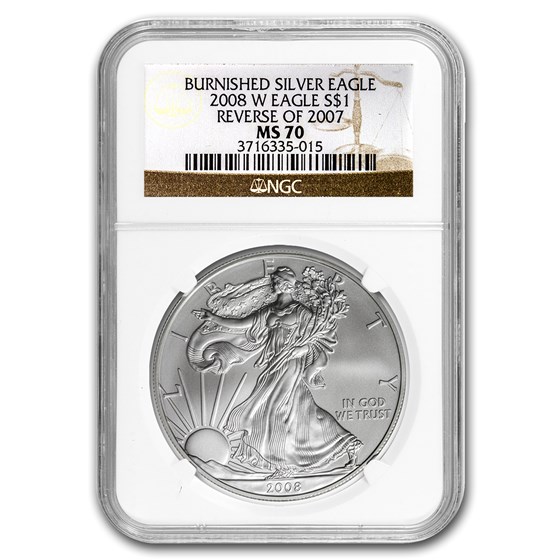 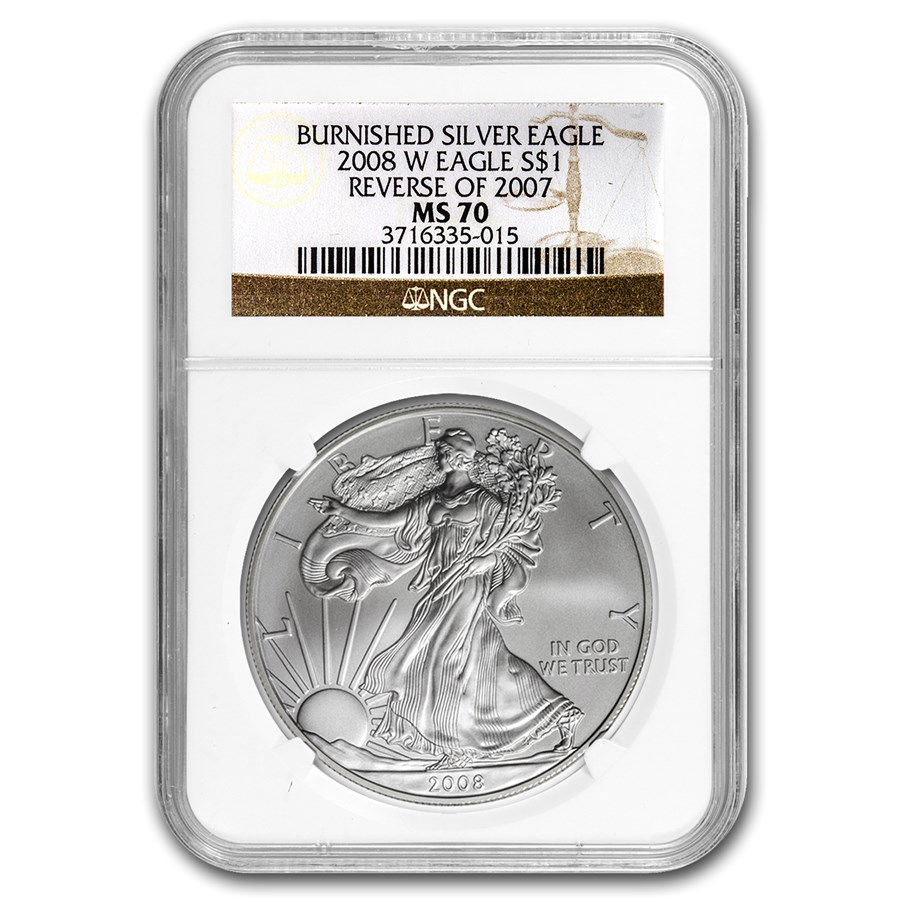 Product Details
Product Details
One of the most widely recognized varieties in modern numismatics, the 2008 Reverse of 2007 Burnished Silver Eagle is offered here graded a perfect MS-70 by NGC.

Coin Highlights:
Display your Silver Eagle in style by adding an attractive presentation box to your order.

This highly sought-after coin is a flawless example of this modern minting anomaly. Add this Burnished Silver American Eagle to your cart today!