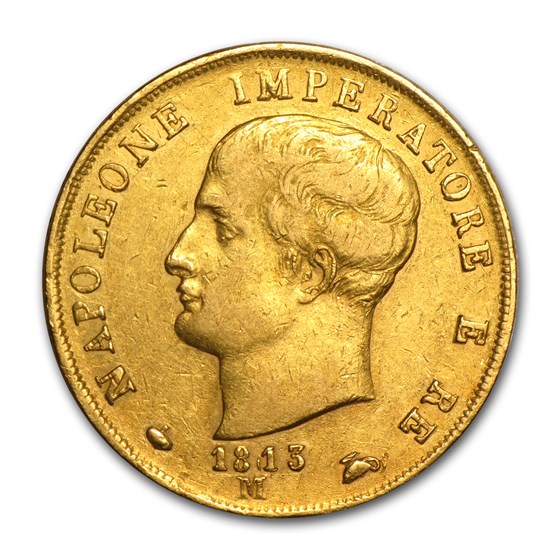 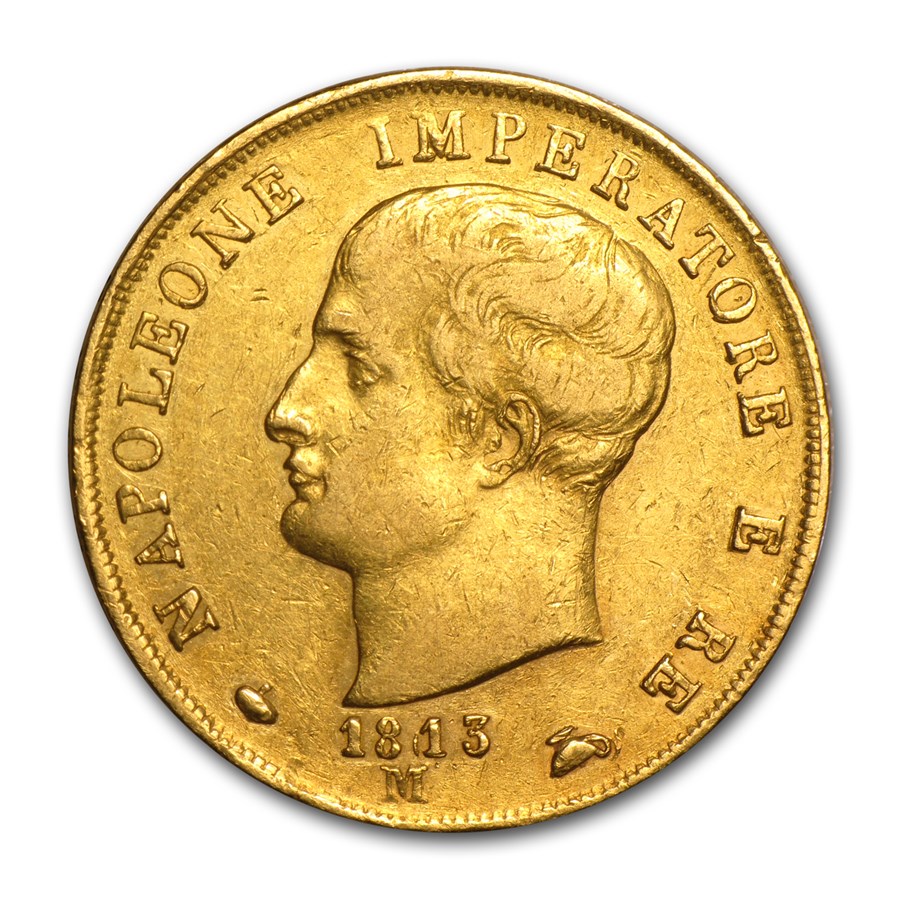 These historic 40 Lire coins are seldom offered for sale, and are highly sought after by World Gold coin collectors. Add one of these Gold 40 Lire coins to your cart today!

Dates (1807-1814) will be of our choice, and limited to available inventory. Coins in this listing are usually in Extra Fine condition, however, a few lower grades may be in the mix as well!