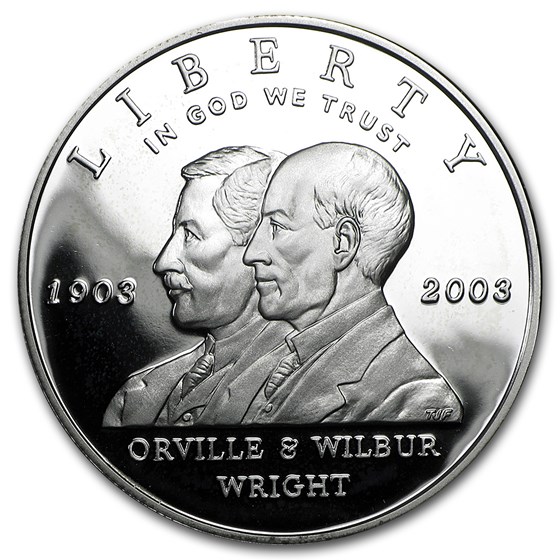 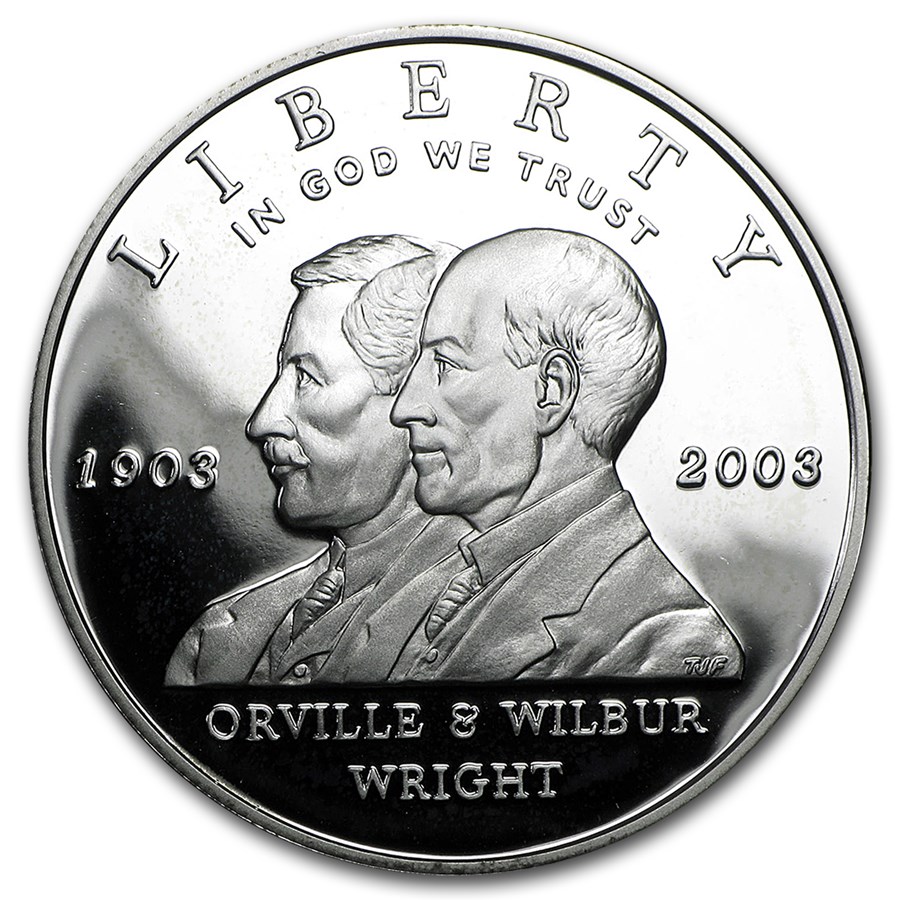 Product Details
Product Details
The 2003 First Flight Centennial Silver Dollar was the only Silver commemorative coin to appear from the U.S. Mint during the year. The coin marks the 100th anniversary of the Wright brother's historic flight.