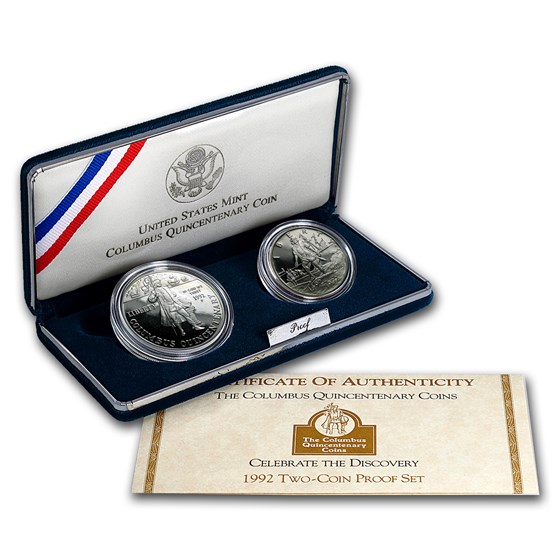 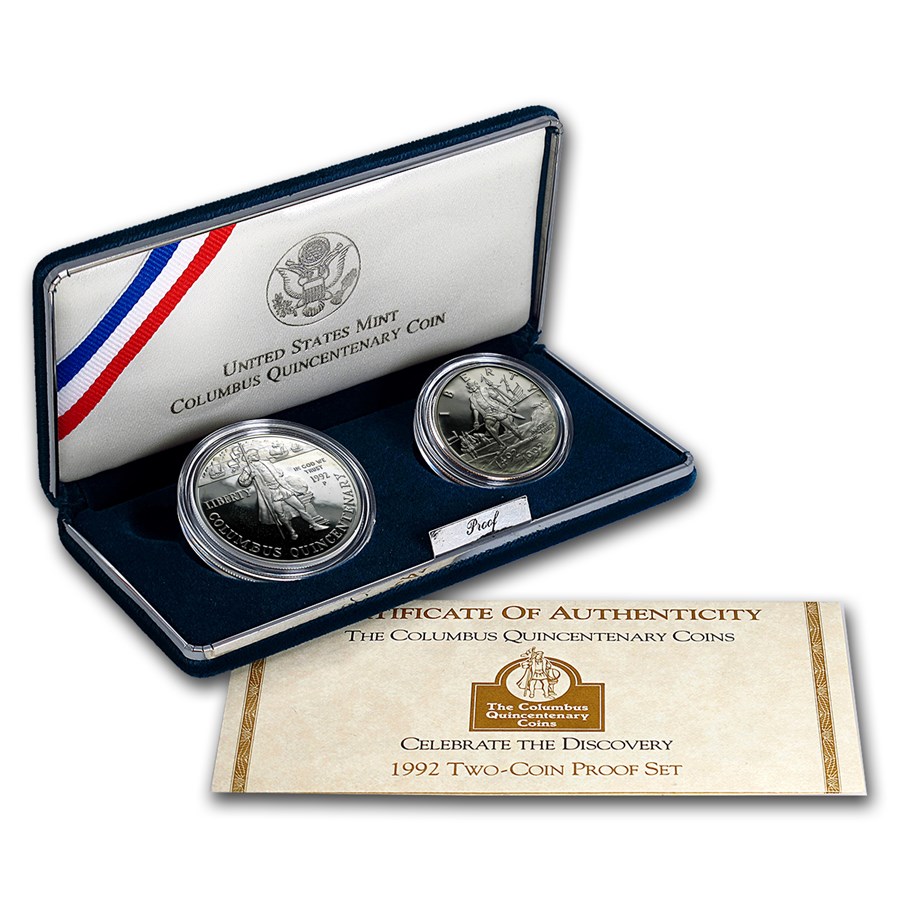 Product Details
Product Details
This 2-coin set was specifically designed and created to commemorate the 500th anniversary of Columbus' Discovery of the New World.