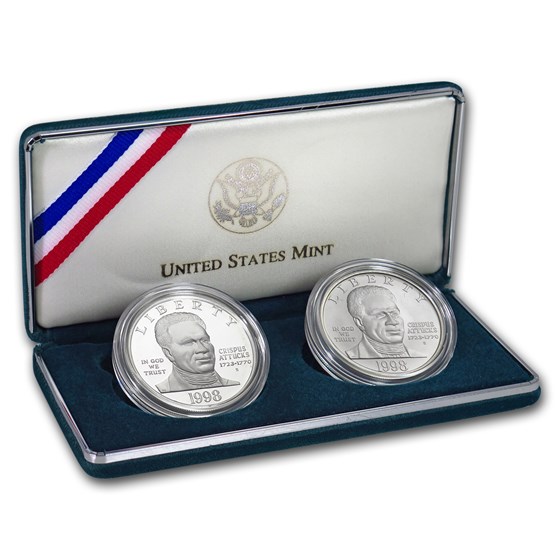 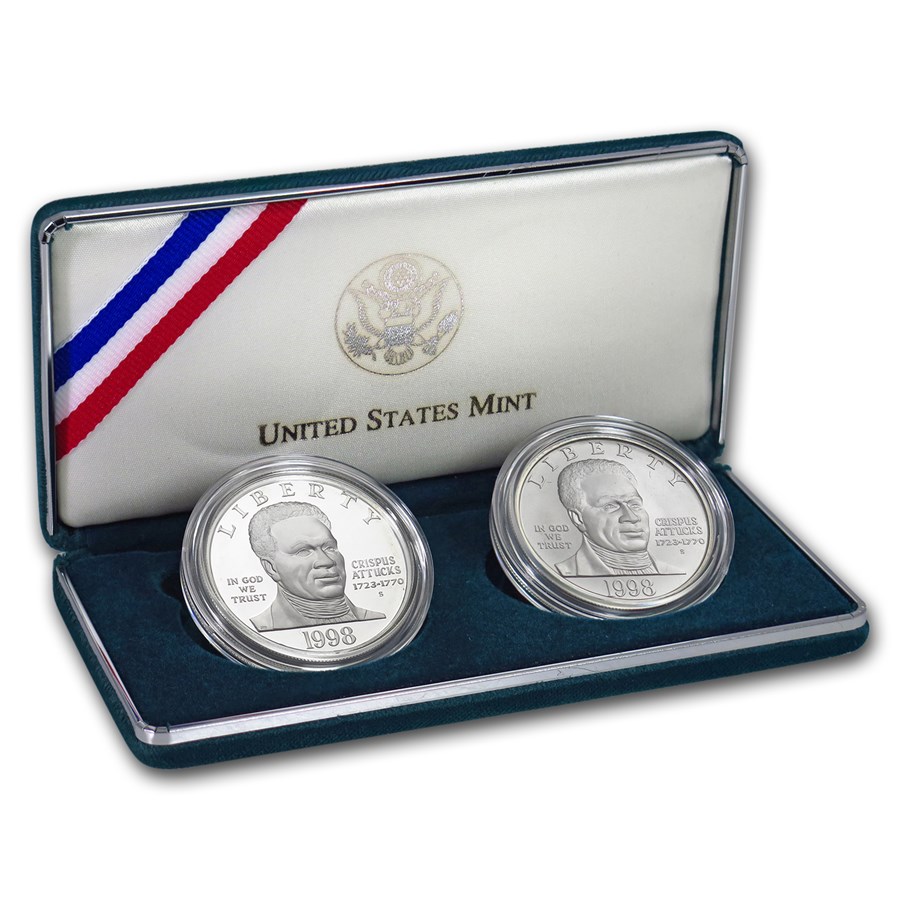 Product Details
Product Details
This commemorative Silver Dollar set honors the Black Revolutionary War patriots and the 275th anniversary of the birth of Crispus Attucks, the first patriot killed in the infamous Boston Massacre in 1770.

Add this 1998 Black Patriots Commemorative Set to your cart today.