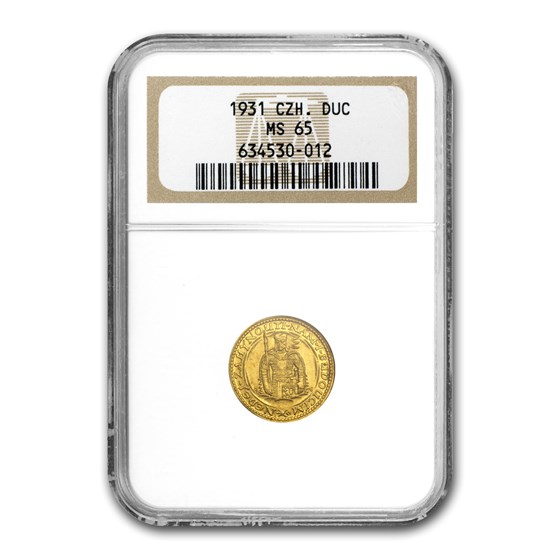 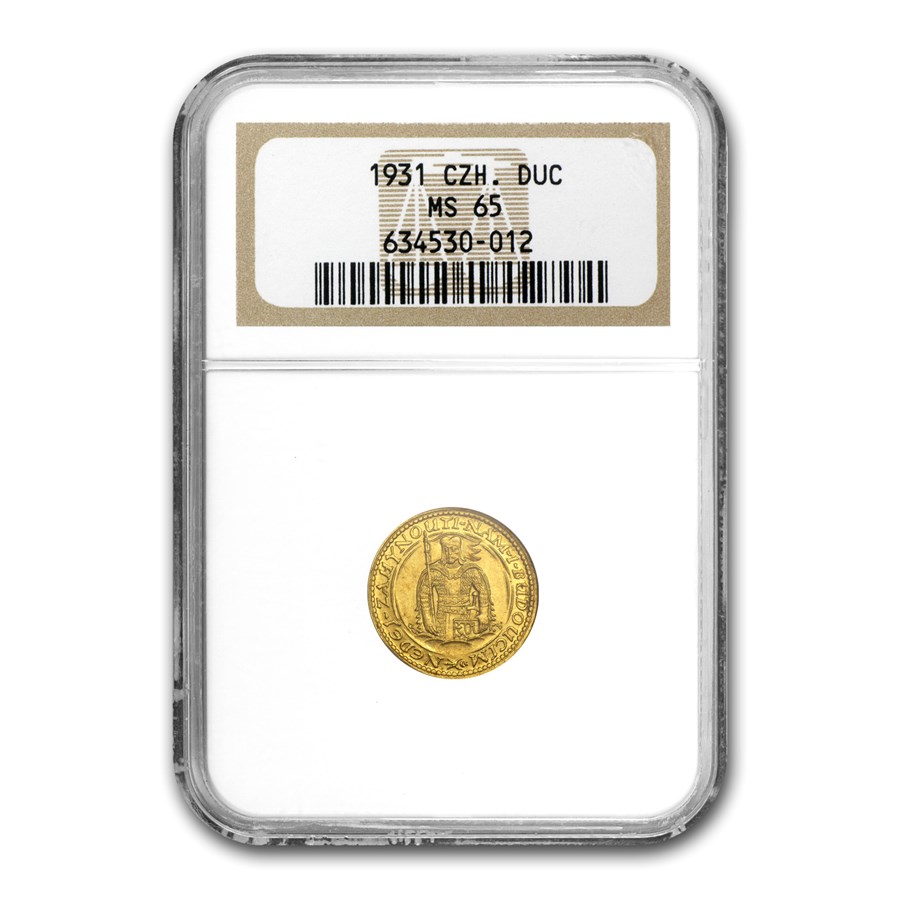 This Gold Dukat coin is adorned with the Czech lion and shield on the reverse. A facing likeness of Wenceslaus, Duke of Bohemia in the 10th century, is on the obverse. His name was made famous from the old Christmas Carol "Good King Wenceslaus."

This denomination was part of the first issue of Gold coinage by the new nation of Czechoslovakia after the breakup of the Austro Hungarian Empire following World War I. This Czech Dukats, unlike thier contemporary cousins from the Neterlands, are rarely offered for sale ! Coin contains .1106 oz actual Gold weight. This is a pristine example, graded MS-65 by NGC, with only 3 coins graded higher in thier current census. Cataloged in Krause as KM#8.