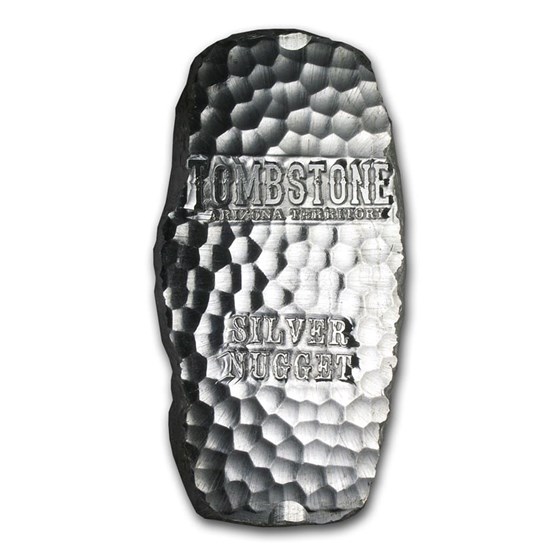 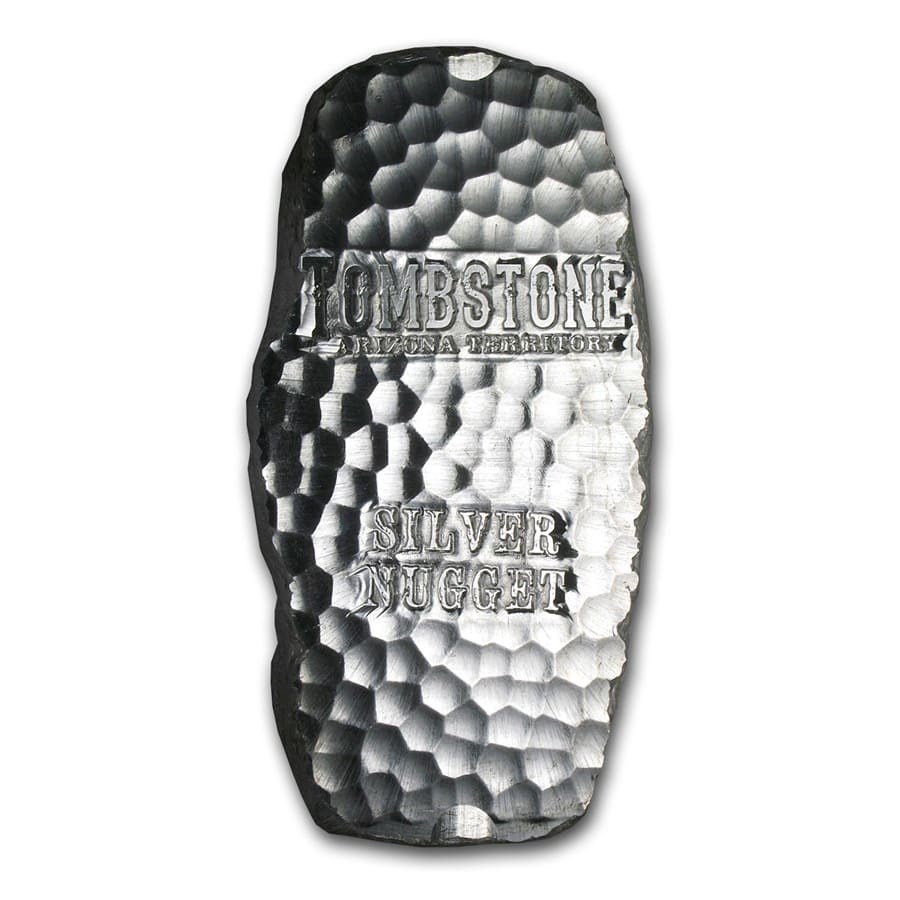 Product Details
Product Details
As low as $6.49 per oz over spot
The Old American West has provided much history and folklore, and these Silver bars continue this interest. Each bar is uniquely crafted, with slightly different shapes, features and personality, adding further interest to the .999 fine Silver content.

Bar Highlights:
These Tombstone Silver bars are crafted so each one has a slightly different shape, feature and personality. Add this unique kilo Silver bar to your cart today!

Impressive from the unique pour and the custom pouch and tag. Buy this. You will not regret it. Ed Schieffelin would be proud of this product. Great job Scottsdale.

To hold a kilo of silver in one's hand is awesome. To hold a Tombstone like kilo nugget is priceless. Holding this monster in your hand brings on the biggest smile one can imagine. It is as though you went back in time and picked this right out of mine wall itself. If you are serious about holding on to silver this "chunk" will be the last item you will sell. Can you feel my enthusiasm!!!!

This bar is a beauty. Love the design. I have the five oz bars love them to. Can't go wrong with Scottsdale This was a win win purchase!!!!

I bought this for my wife for our 25th Wedding Anniversary. She has a horse and rides Western Style. Her riding pals got a big laugh when she flopped it out her saddle bag into the dirt. She told them she'd been Prospectin'....:) Great conversation piece and unique.

The wooden box is a great side item that ships with the bars (15+). The bars are well known, 1 KG each and are easy to resell, if necessary. They also make great gifts!

A Beautiful Kilo Silver Nugget I will be ordering more and a few smaller, Love the design

I liked this because it is like a part of History. Reminds me of the Old West.

Each bar is unique unlike generic silver rounds and bars. Easy to resell too.

Each bar is unique unlike generic silver rounds and bars. Easy to resell too.

This bar looks great and feels awesome in your hand. You won't regret buying it