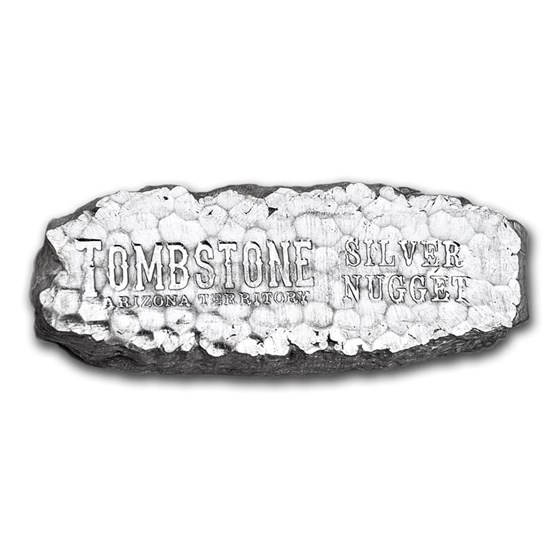 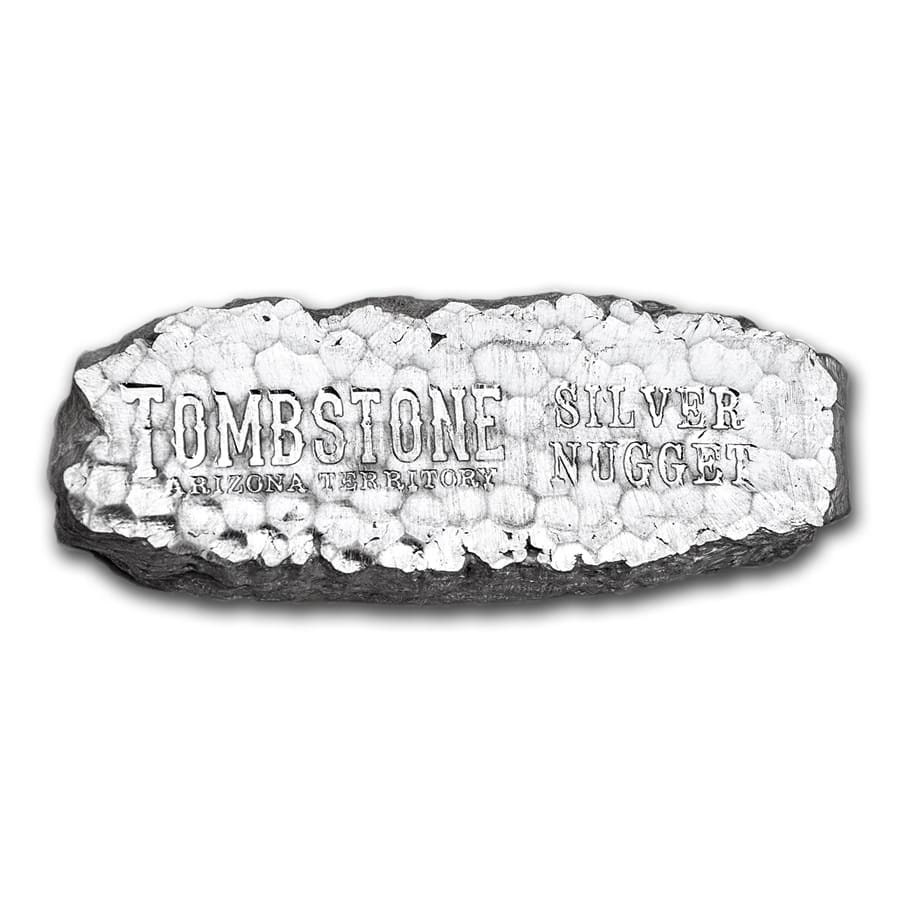 $253.90 $263.90
Any Quantity
Product Details
Product Details
The Old American West has much history and folklore that has carried over generations, and these Silver bars continue this interest. These uniquely crafted bars have differing shapes and features, adding further interest to the .999 fine Silver content.

Bar Highlights:
These Tombstone Silver bars are crafted so each one has a slightly different shape, feature and personality. Add this unique 10 oz Silver bar to your cart today!

Very attractive. Nice historical piece, and a good conversation item. A little pricey, but got to splurge once in awhile.

I like the way the hammered surface reflects light and shadow. Nice, thick bar, with high quality stamped lettering and logo. Uniquely shaped, but very stackable.

Loved the design & shape of product.

Not your average bar it's very cool one of a kind with letter of authenticity and small so rage bag. I plan on getting more and would recommend for any stacker.

This bar is beautiful. I usually buy generic silver closer to spot but just had to pull the trigger on this one and I am so glad I did. Came in a very nice display box with a little tombstone bag and descriptive tag. This is one of my favorite bars in my stack.

Fun piece to add to my collection

It's a fun piece to add to your collection. My goal is for long tern investment and sometimes you have to add a little fun into it.

I bought this due to the unique design and the price over spot. Very reasonable for the design. It came very well packaged. Mine will stay as a collector item but I feel you could easily resell to collectors. Also bought 5oz.