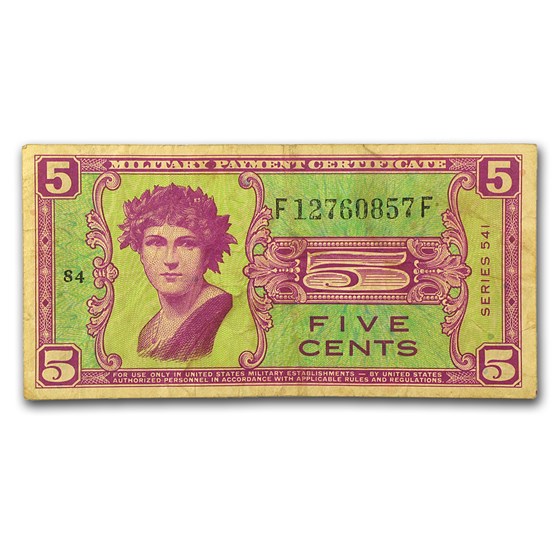 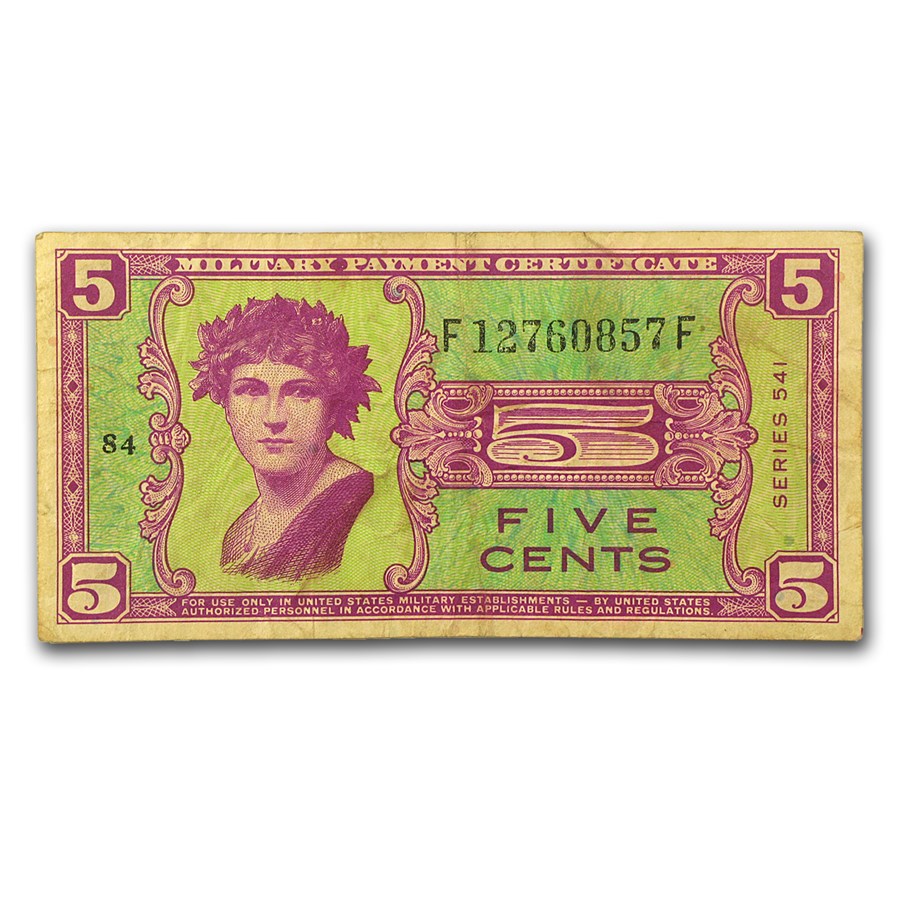 Add this MPC Series 541 5 Cents certificate to your order today!

Series 541 MPC's were ordered on January 23rd, 1952. These certificates were issued in denominations of Five Cents through Ten Dollars, and were used in Cyprus, England, France, Germany, Iceland, Italy, Japan, Korea, Morocco, Northern Ireland, Philippines, Ryukyus and Scotland from May 27th, 1958 until they were withdrawn on May 26th, 1961. The Series 541 Military Payment Certificates were printed by Tudor Press in Boston, Massachusetts.