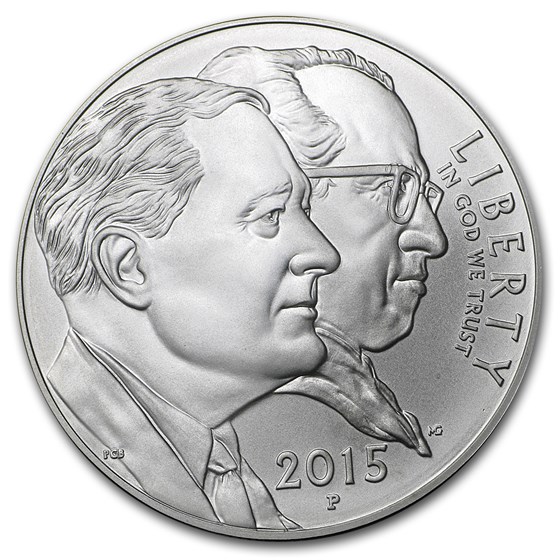 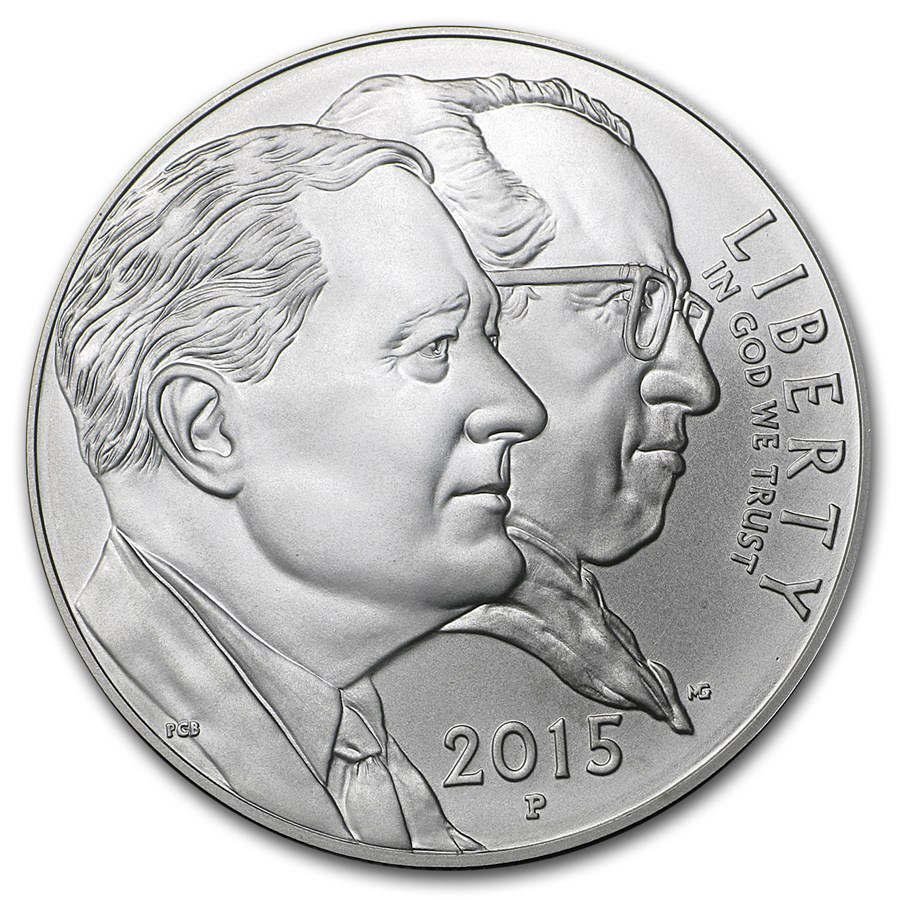 Product Details
Product Details
This Brilliant Uncirculated coin was struck to celebrate 75 years of life-changing achievements and research breakthroughs. Support their ongoing commitment to the health of babies everywhere.

Support their ongoing commitment to the health of babies everywhere by adding this Silver dollar to your cart today!

The 2015 March of Dimes Uncirculated Silver Dollar celebrates the 75th anniversary of the establishment of the March of Dimes. Founded by President Franklin D. Roosevelt on the eve of World War II as the National Foundation for Infantile Paralysis, the March of Dimes was instrumental in the eradication of polio from the United States. Since then the March of Dimes’ mission has been the prevention of birth defects, and it has been at work with new research and discoveries to help every generation of babies be born healthy and grow up strong.