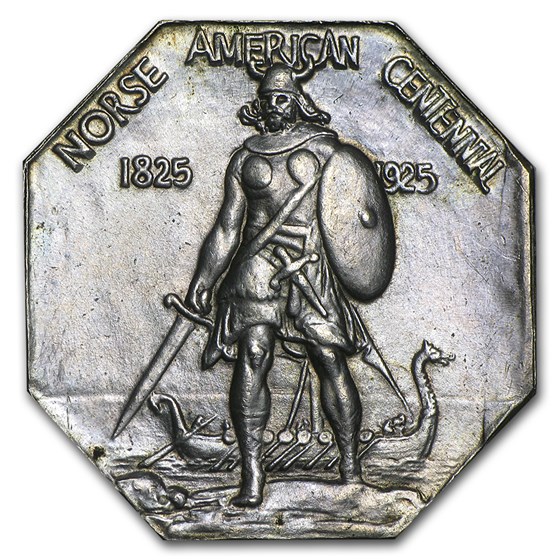 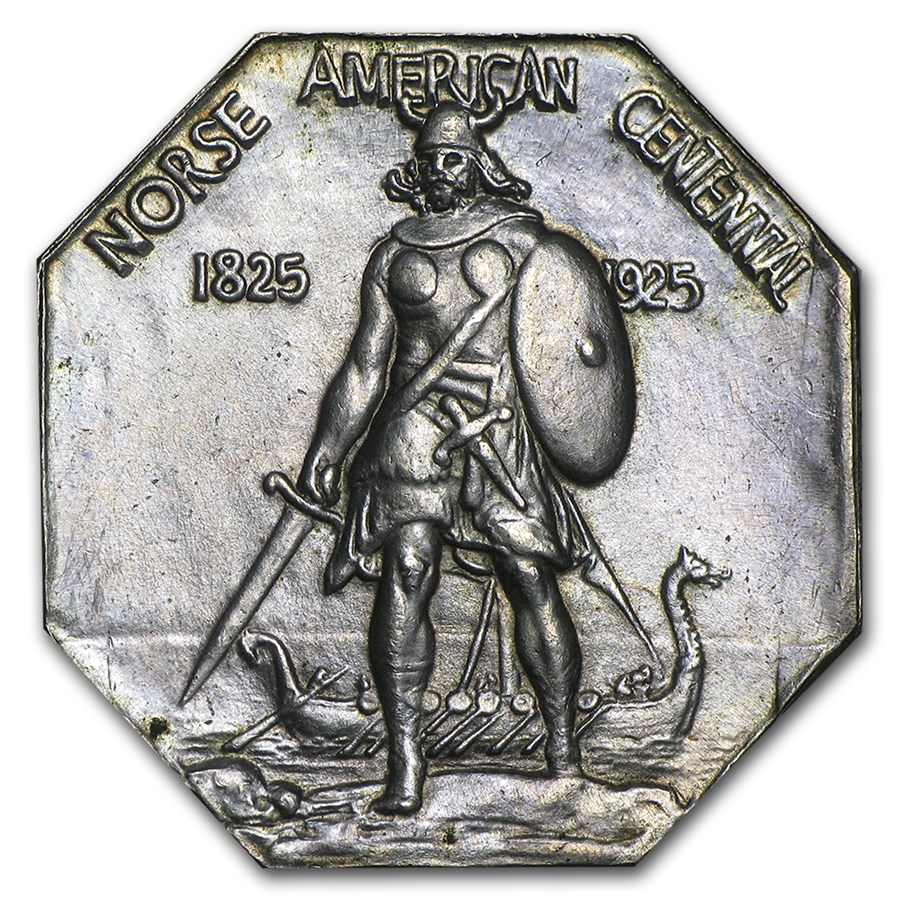 Product Details
Product Details
The 1925 Norse-American Medal commemorated the 100th anniversary of the arrival of the Norwegian ship Restauration in America.

Protect your investment from fingerprints by adding these cotton gloves to your order.