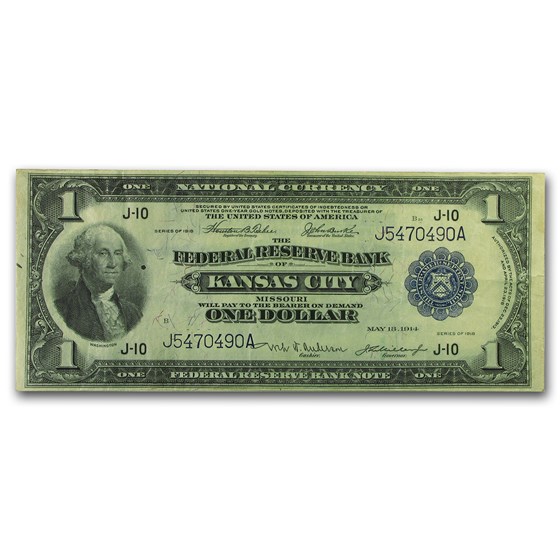 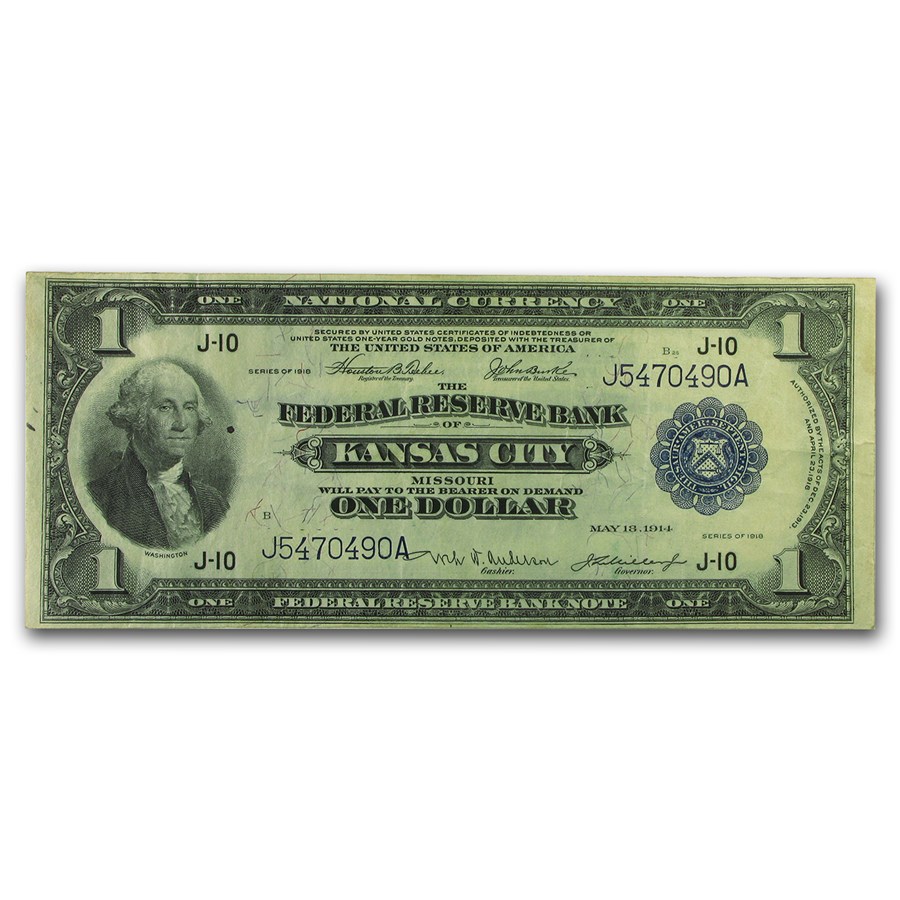 Product Details
Product Details
This is a popular design with its depiction of a spread winged eagle holding the American flag in its talons. This Series 1918 $1 Federal Reserve Bank Note is from the Kansas City district.

Currency Highlights:
Add this sought after collectible note to your cart today!

Series 1918 Federal Reserve Bank Notes were the first of this type issued after the Federal Reserve Act passed in 1913. This established the banking system and uniform currency that exists to this day. Denominations from $5 through $50 and districts A through L (Boston through San Francisco) were established.

Although similar in design to their Federal Reserve Note counterparts, these are easy to identify due to their portraits set to the left and the Federal Reserve Bank Note name featured prominently in the center.