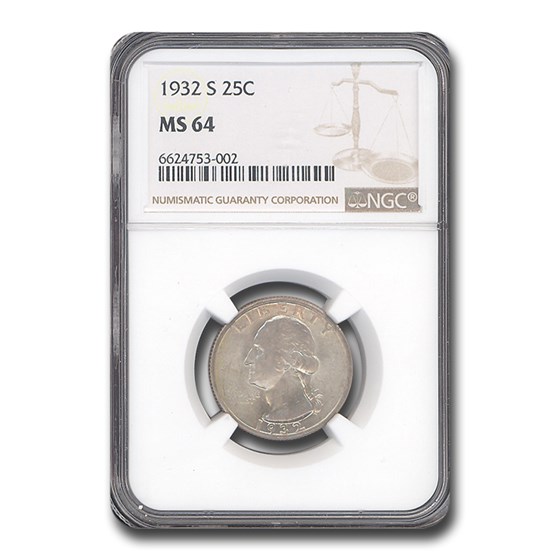 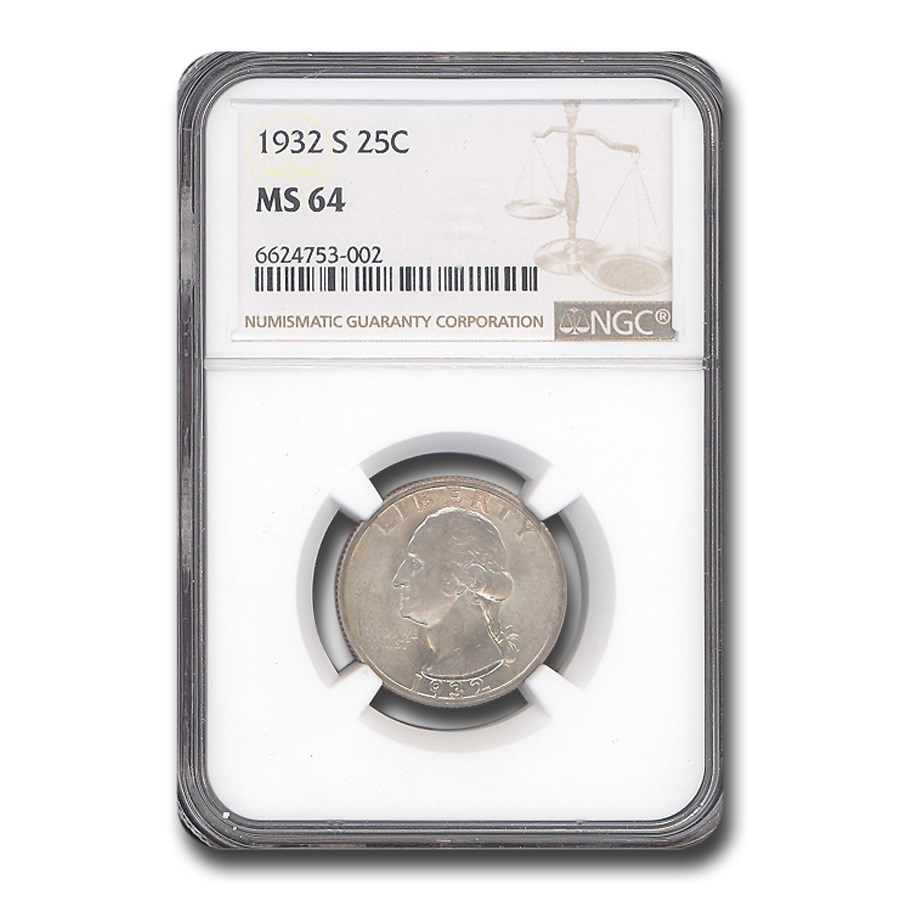 The product pictured is the exact product you will receive.
Product Details
Product Details
This 1932-S Washington Quarter has been certified as MS-64 by NGC, one of the top two coin grading services. This highly collectible coin is a great addition to any numismatic collection!

With the lowest mintage of the entire series, this is a key date coin that will fit in well in any high grade set. Add this key to the series 1932-S Washington Quarter to your cart today!