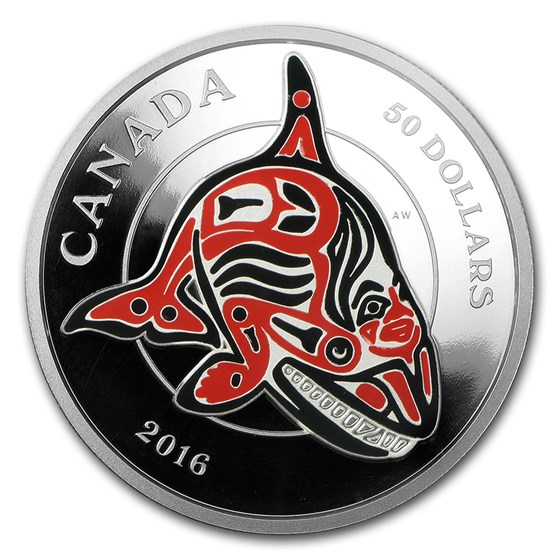 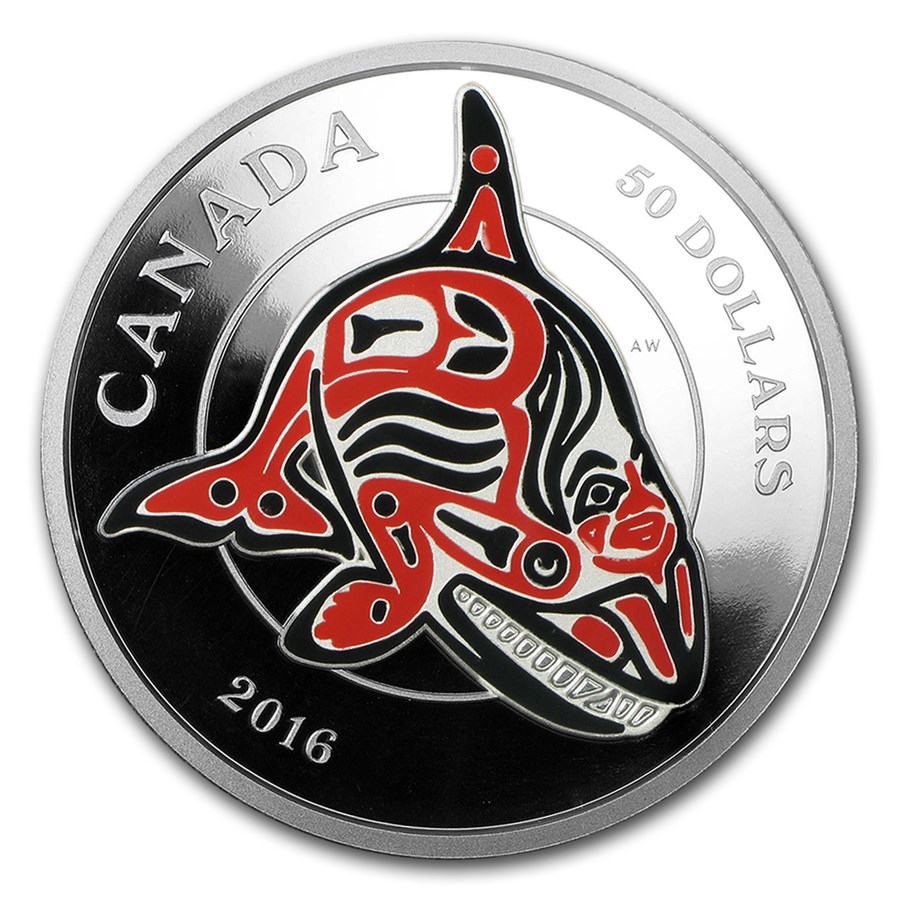 $32.40
As Low As
Product Details
Product Details
Haida Gwaii is a place of astounding natural beauty, a land of ancient legends where mythical beings move about in the guise of familiar animals from our three-dimensional world.

This mesmerizing coin series portrays three of the most powerful supernatural beings from the realms of water, earth and sky.

Coin Highlights:
Stunningly enhanced with red and black enamel to re-create the distinctive artistic style of Haida formline imagery, hailed as one of the most popular art forms from the Pacific Northwest. A limited work of art! Only 1,500 coins are available worldwide—highly collectible!

Add this 5 oz Silver Orca coin to your cart today.