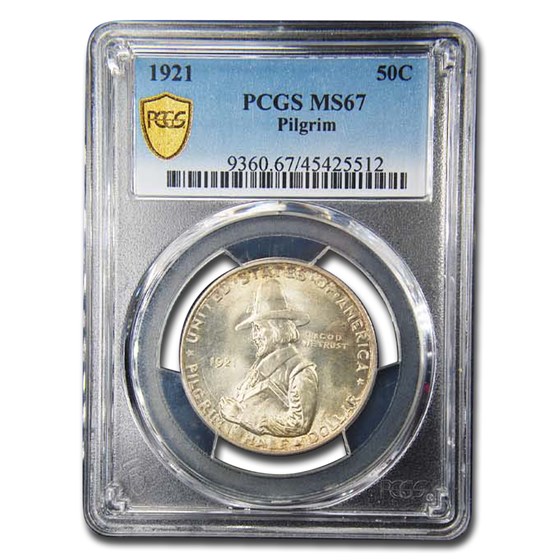 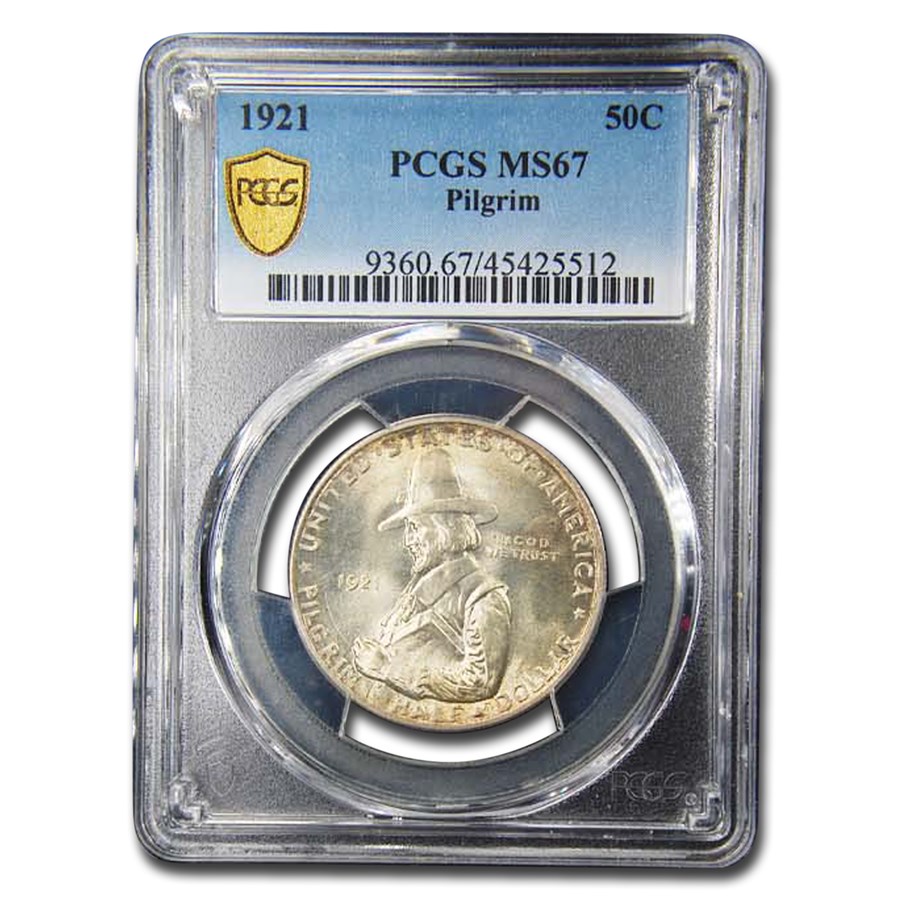 Your purchase will match the quality of the product shown.
Product Details
Product Details
This is the much scarcer coin of the two Pilgrim Commemorative Half Dollar coins minted in 1920 and 1921. What is noticeable about this particular coin is the strong die-polishing that is very evident on the obverse.

Coin Highlights:
Protect and display your Pilgrim Tercentenary coin in style by adding an attractive display or gift box to your order.

Add this 1921 Pilgrim Tercentenary Commem to your cart today!