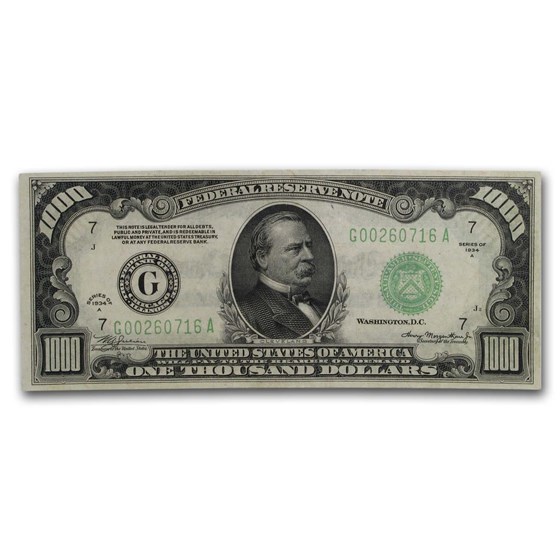 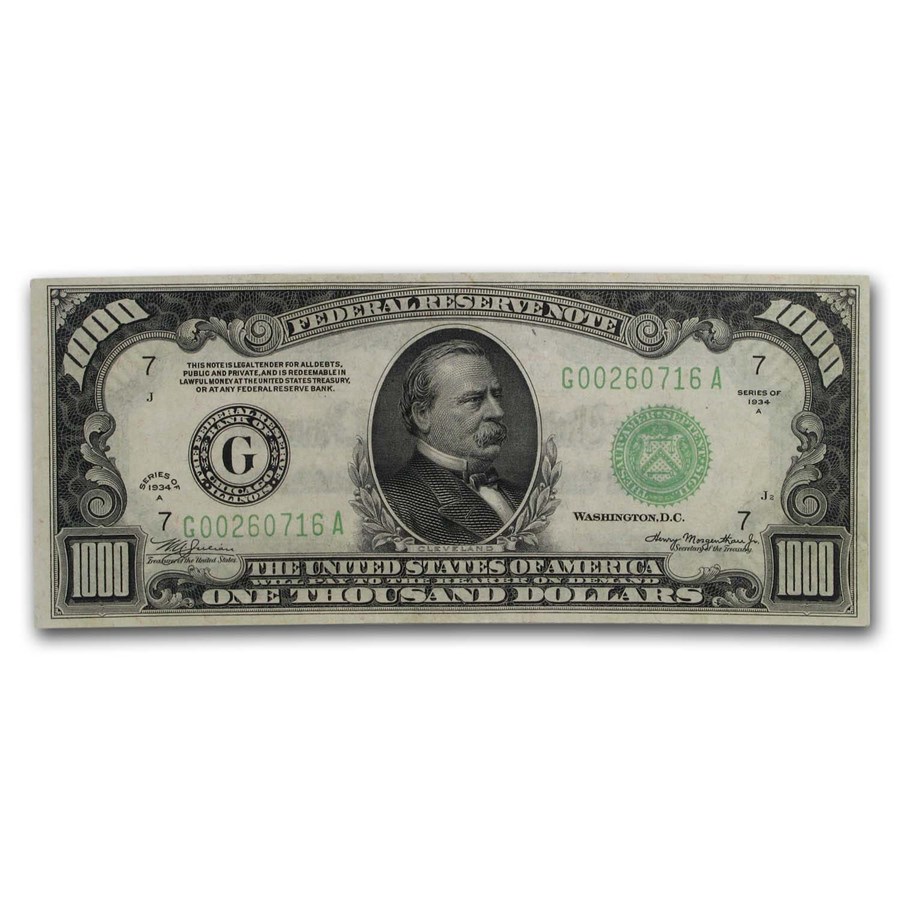 Product Details
Product Details
This $1000 Federal Reserve Note is from the 1934-A series issued by the Chicago district. Notes in this listing will be almost new, which may have a single fold or exhibit a corner fold.