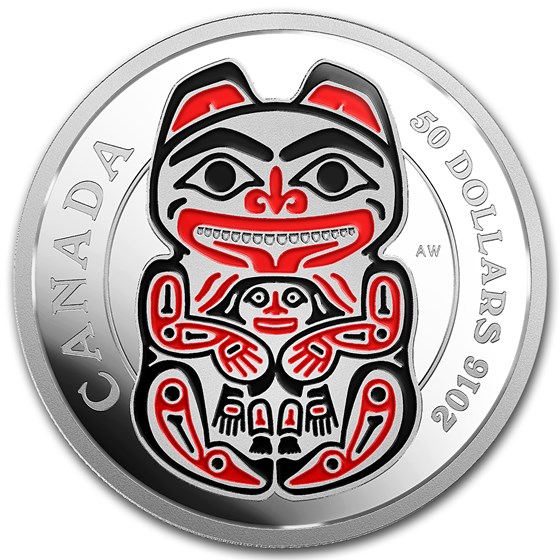 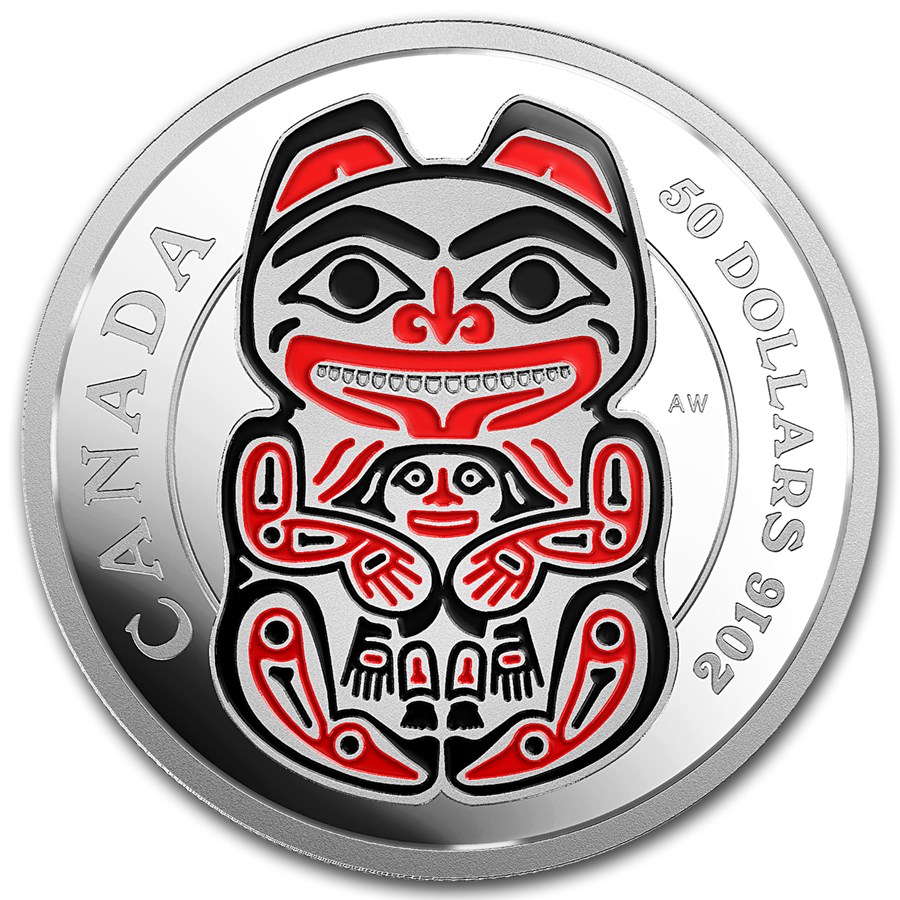 Your purchase will match the quality of the product shown.
Product Details
Product Details
Haida Gwaii is a place of astounding natural beauty, a land of ancient legends where mythical beings move about in the guise of familiar animals from our three-dimensional world.

This mesmerizing coin series portrays three of the most powerful supernatural beings from the realms of water, earth and sky. This is the third and final coin in this series showcasing Haida art and culture.

Coin Highlights:
Stunningly enhanced with red and black enamel to re-create the distinctive artistic style of Haida formline imagery, hailed as one of the most popular art forms from the Pacific Northwest. A limited work of art! Only 1,500 coins are available worldwide, highly collectible!

Add this 5 oz Silver Bear coin to your cart today!