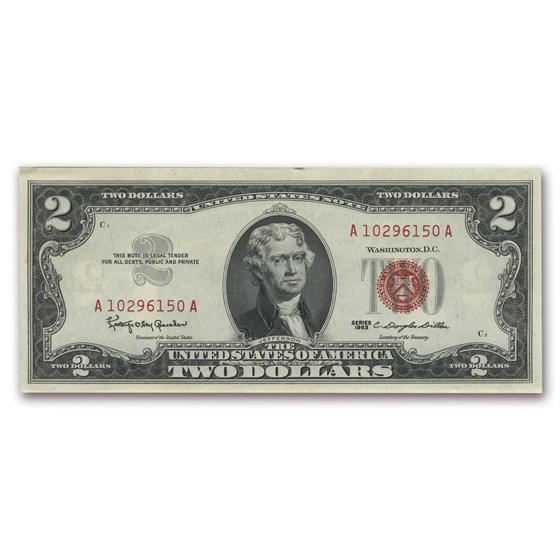 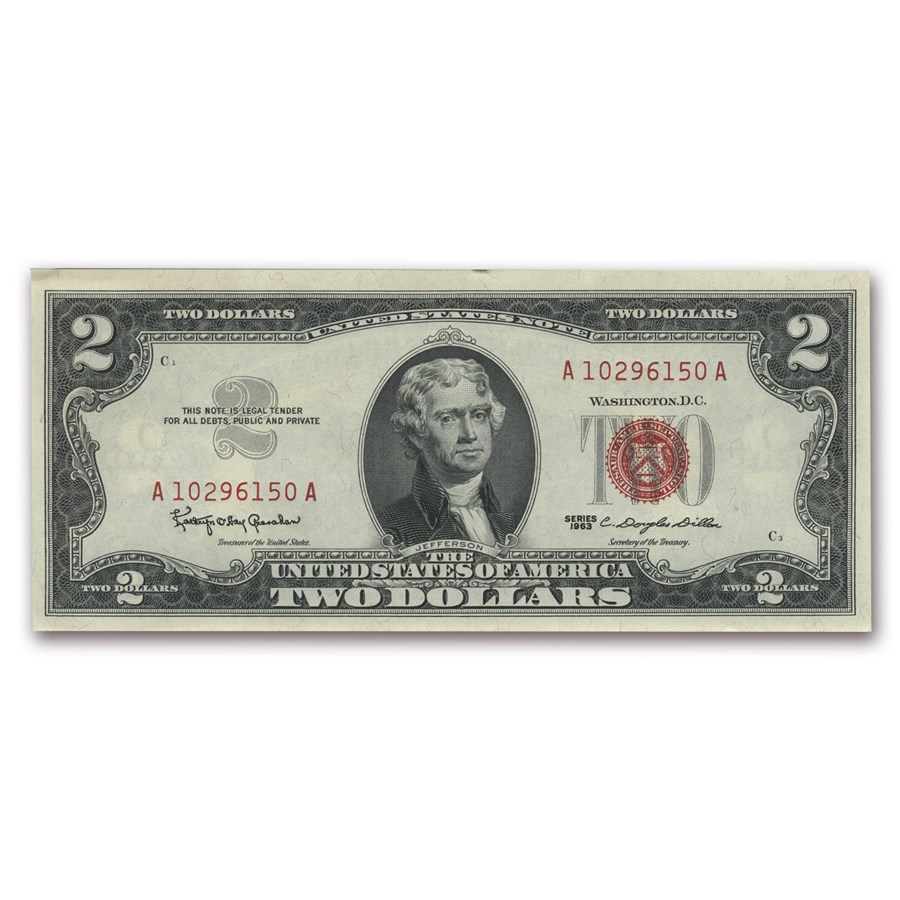 Product Details
Product Details
Superb $2 Legal Tender note from 1963. It has bright red seals and numbers and is really choice. It has been graded as Crisp Uncirculated.

Nice 2 dollar bill, and it was packaged nice, and delivered in good condition.