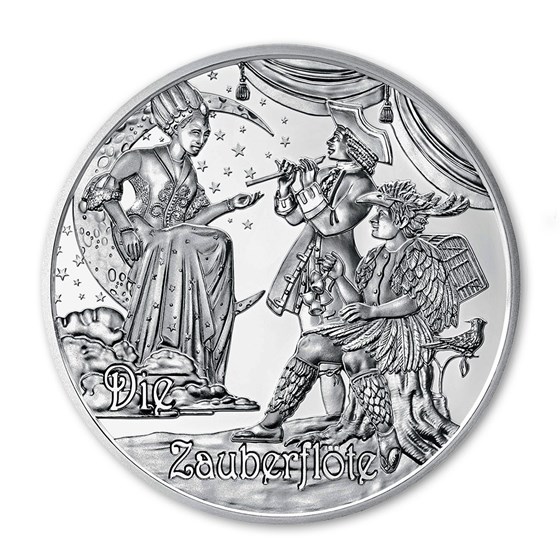 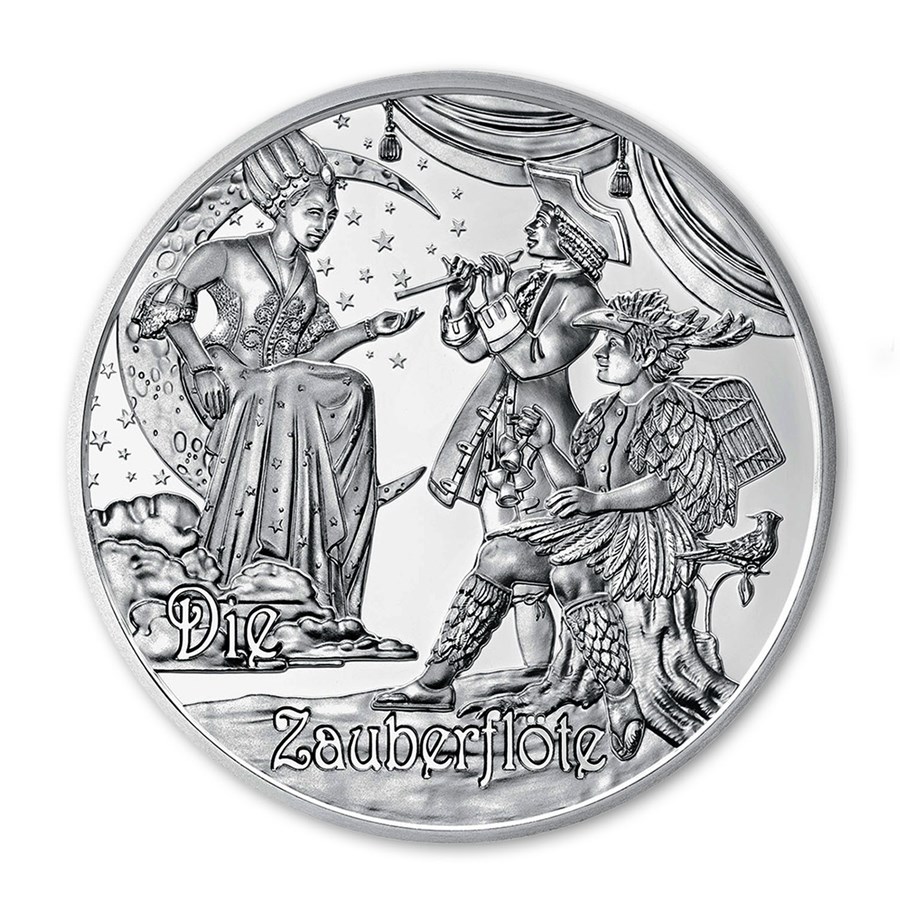 Coin Highlights:
This coin is a fantastic addition to any music enthusiast's collection. Add this 2016 Austria Proof Silver €20 Mozart Legend coin to your cart today!

Wolfgang Amadeus Mozart: arguably the three most famous words in musical history. “Wolfgang”, “Amadé” and “Mozart” are the names of three Silver coins dedicated to Austria’s most famous son, each of which explores a different phase in Mozart’s short but prolific life, as well as one of his famous stage productions from that phase.

Larger than life… Not only the most revered composer of all time, Wolfgang Amadeus Mozart was the prototype musical genius who died far too young and became a legend in the aftermath. Showing no signs of fading more than two centuries since his death, the Mozart legend is celebrated in the third and final coin in the Austrian Mint’s Wolfgang Amadeus Mozart series.

As in the case of some of the latter-day rock stars who died tragically young, the Mozart legend is not only a product of his undoubted creative genius, but also of his larger-than-life personality. Mozart’s phenomenal work ethic, extravagant lifestyle and flamboyant nature have been dramatized on numerous occasions; most famously in the play Amadeus by Peter Shaffer, which was later made into a hugely successful movie by Miloš Forman, winning eight Oscars. Mozart died at the tender age of 35 in December 1791, just weeks after the premiere of his best-loved opera The Magic Flute, which was a popular triumph.