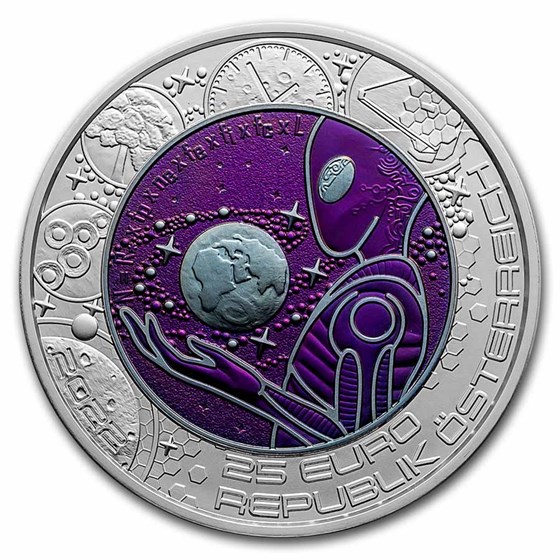 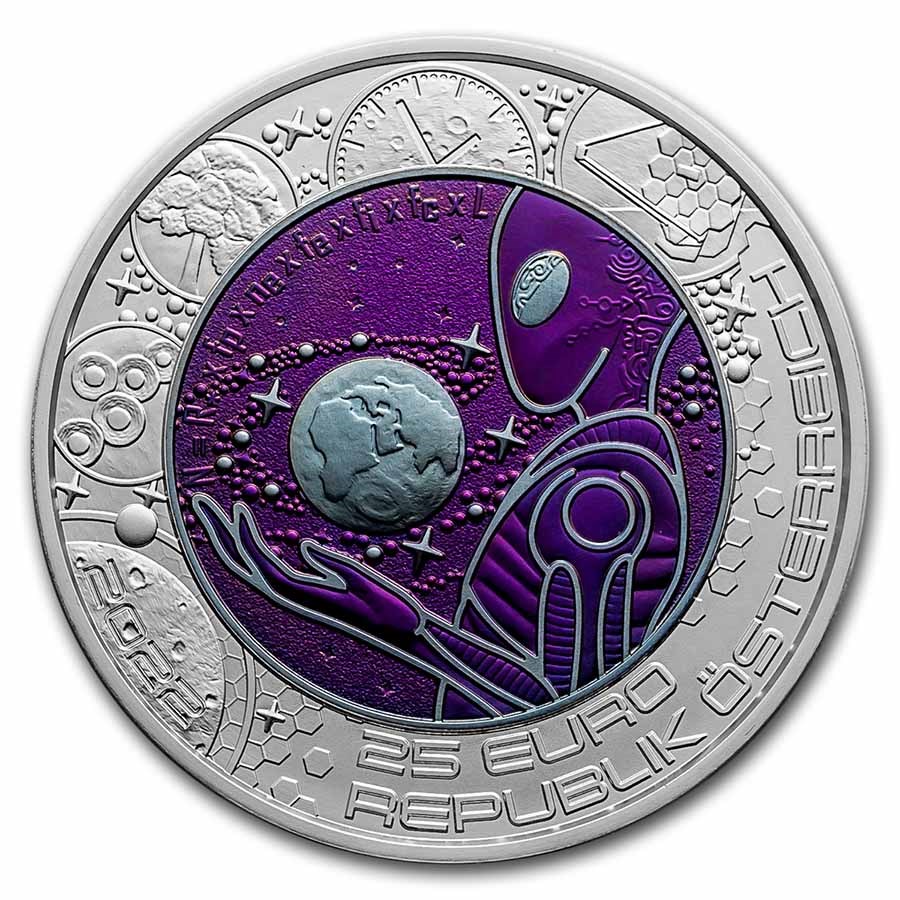 Product Details
Product Details
Are we really alone? Is there anybody out there? And if so, are we already being observed by them? Extraterrestrial Life, the 2022 edition of the Silver Niobium coin, asks these eternal questions.

This unique Silver and Niobium coin would be a great gift for anyone interested in extraterrestrial life. Add this Silver/Niobium Extraterrestrial Life coin to your cart today!

Given that we only know a tiny part of the universe which comprises some 100 billion galaxies, each with 100 billion stars, it is hardly surprising that we continue to ask questions. Is all life in the universe really limited to our tiny "third rock from the sun?" The James Webb Space Telescope is designed to help us find out. The largest, most powerful and complex space telescope ever built and launched into space, it will fundamentally alter our understanding of the universe. The telescope’s improved wavelength coverage and greater sensitivity compared with its predecessor, the Hubble, will enable the Webb to look much closer to the beginning of time, when the first stars and galaxies started to form.

What do we expect it to find? If the Webb were to detect mere bacteria or algae, it would be a scientific sensation of epic proportions, though a very long way from the discovery of an alien civilization. We may have to continue waiting for something as momentous as that. But in the meantime, maybe one day visitors from another galaxy will drop in to say hello. But if they do, they will have to be from a civilization even more technologically advanced than the Webb telescope.

Austrian Mint
APMEX is proud to offer products from the Munze Österreich, or Austrian Mint. With more than 800 years of coin-production experience, the Austrian Mint in Vienna has become world-renowned for coin production and Precious Metals processing. As a subsidiary of the Austrian Central Bank, the Austrian Mint's foremost task is to produce all of the circulating euro coinage for Austria. The mint also strikes an impressive range of collector coins and medals, along with producing some of the world's best-selling bullion coins. In addition to the popular Silver Philharmonic coins, the Austrian Mint produces many beautiful commemorative coins to honor people, places and events of its history. More than 400 million coins are produced at the Austrian Mint each year.