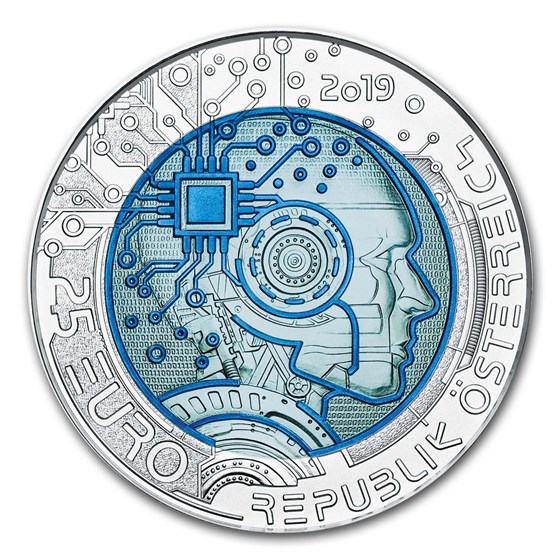 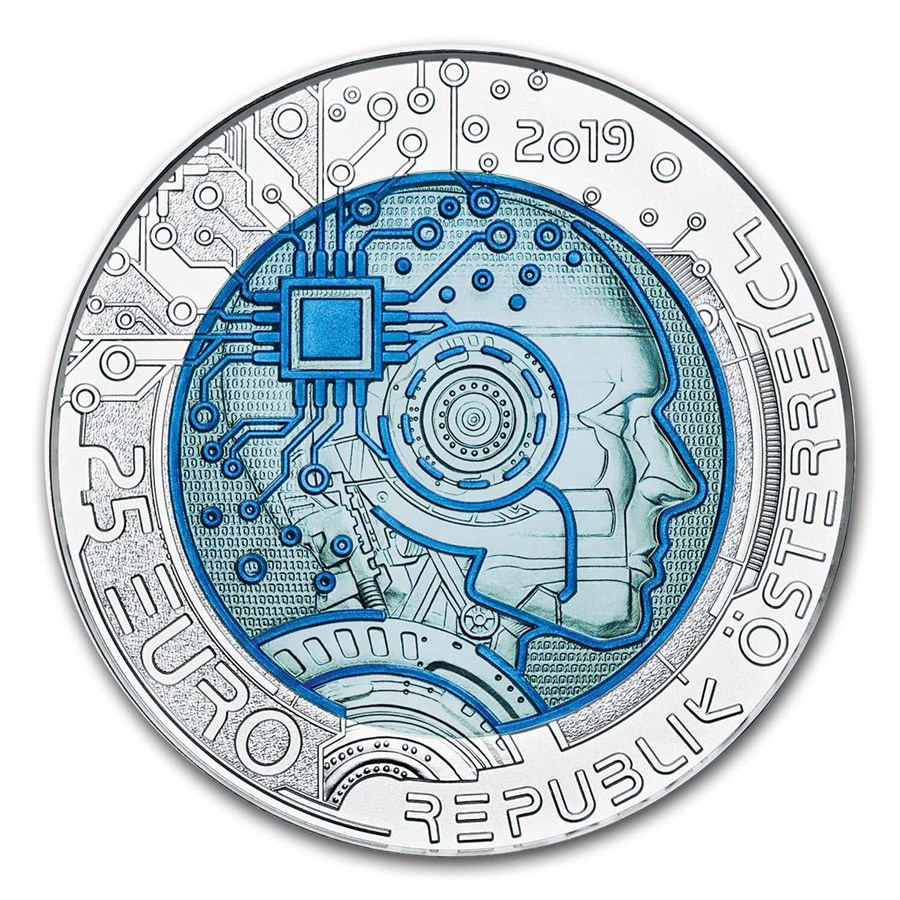 Product Details
Product Details
The third release in this popular series features Artificial Intelligence. This 2019 Silver Niobium edition gives us a look into the future which seems to have already begun.

This unique Silver and Niobium coin would be a great gift for anyone interested in science. Add this Silver/Niobium Artificial Intelligence coin to your cart today!

We humans have been using artificial intelligence, in the form of computer systems able to perform tasks that normally require human intelligence, to think for us for quite a while now. Highly functioning and always available, computers help us go about our daily business in a reliable fashion without us even noticing. Brain-teasers that adults find incomprehensible are child’s play for computers. The creative genius that has long distinguished humans from our physical superiors, the animals, is in danger of being superseded. Yet, ironically, we remain superior to robots in terms of our ‘animalistic’ abilities, which include our perception and motor skills. Artificial intelligence will no doubt become far more intelligent and creative than we are, but we will still be able to beat it at table tennis– for the time being, at least…

This coin is truly a masterpiece of minting. If you are a futurist or even a sci-fi fan this coin is for you. 25 years from now this coin will still have relevance. we may look back and smile about what this coin is saying about our future. this will make any sci fi collection a bit more impressive.