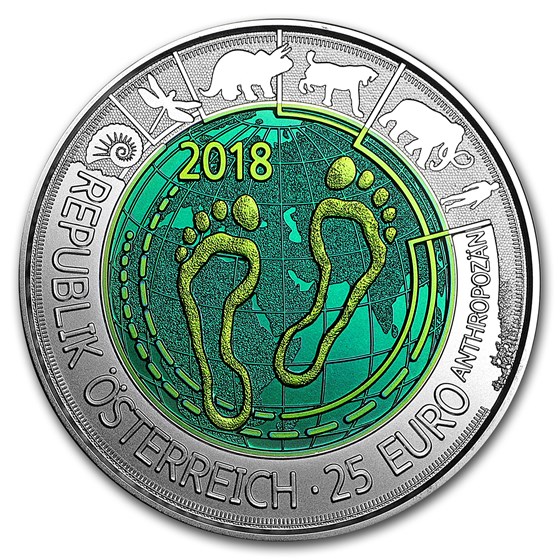 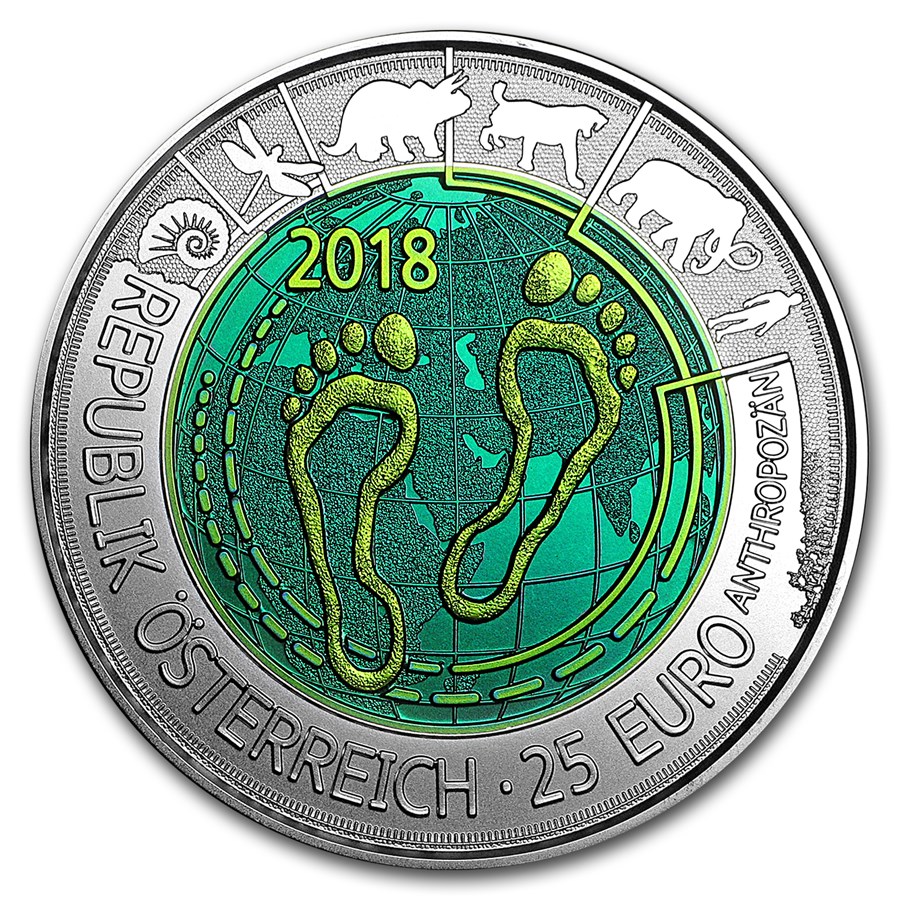 The footprint of humanity on the Earth is unfortunately a massive one, which brings a new epoch, the Anthropocene.

Coin Highlights:
This unique Silver and Niobium coin would be a great gift for anyone interested in science. Add this Silver/Niobium Anthropocene coin to your cart today!

Following the exploration of the cosmos in 2015, and the 2017 microcosms, the innovative and ingenious two-tone Silver Niobium series embarks on a new approach which show the adverse effects that humanity has on planet Earth. Examples of the impact of humanity are shown through radioactive elements dispersed across the planet by nuclear testing, plastic pollution and the soot produced by fossil-fuel power stations. These and other adverse effects are illustrated in exquisite detail on Anthropocene, the 2018 edition Silver Niobium coin.

Beginning at the end of the Ice Age, some 11,700 years ago, the subdivision of the Quaternary geologic period, during which all human civilization developed, is known as the Holocene. The partly scientific, partly philosophical concept of the Anthropocene is effectively a continuation of the Holocene under a symbolic new name.

What makes the Silver Niobium coins so special is the fact that their niobium tones arise without the application of color, purely through light refraction on an extremely thin, transparent oxide layer. Anthropocene, like all the other coins in the series, truly glistens with knowledge.