2019 Austria Silver €20 Reaching for the Sky: The Dream of Flight 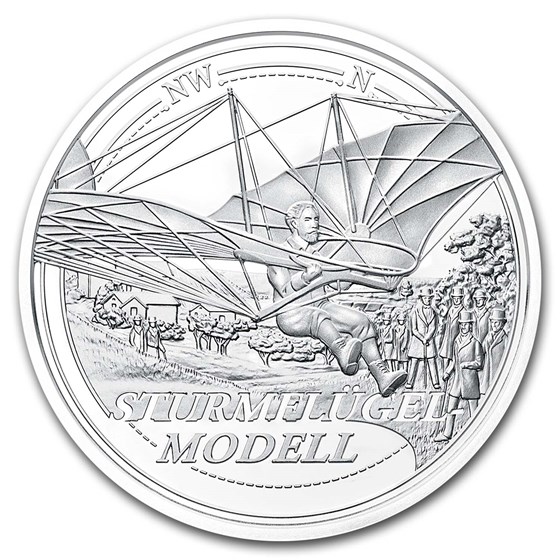 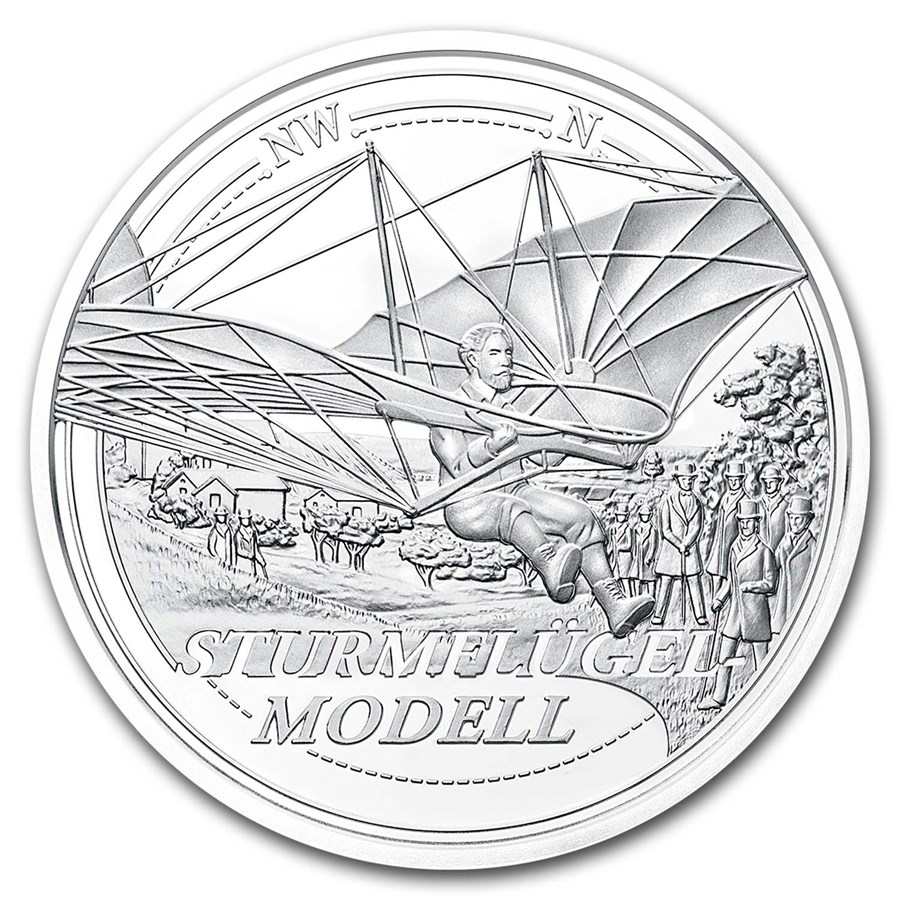 Coin Highlights:
This coin is a fantastic addition to any historic collection. Add this 2019 Austria Silver €20 Reaching for the Sky: Dream of Flight coin to your cart today!

Since time immemorial, humans have dreamed of flying like a bird. In Greek mythology, Icarus famously used wings made of feathers and wax, but flew too close to the sun. In late 18th-century France, the Montgolfier brothers invented the balloon. Although they originally believed that it was smoke and not hot air that made the contraption rise, by 1783 they had managed to carry out the first flight carrying live beings – in this case a sheep, a duck and a rooster – in the presence of King Louis XVI. From Enlightenment France, fast forward to late 19th-century Prussia and Otto Lilienthal’s bird-like gliders, one of which features on the coin’s reverse, while a collage depicting Icarus, wearing one of Leonard da Vinci’s winged constructions, and the Montgolfier brothers’ famous balloon is depicted on its obverse. Known as the ‘flying man’, Lilienthal was the first person to make successful flights using gliders. In 1893, he flew for a distance of 250 meters, a record that remained unbeaten at the time of his death in a glider accident in August 1896. A true pioneer, Lilienthal positively influenced opinion about the practicality of flying machines.