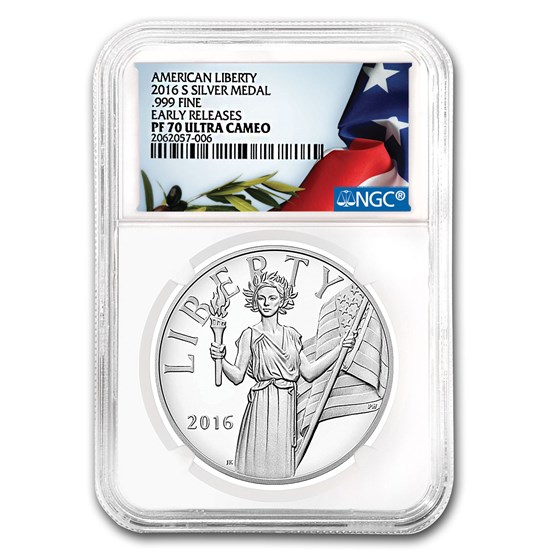 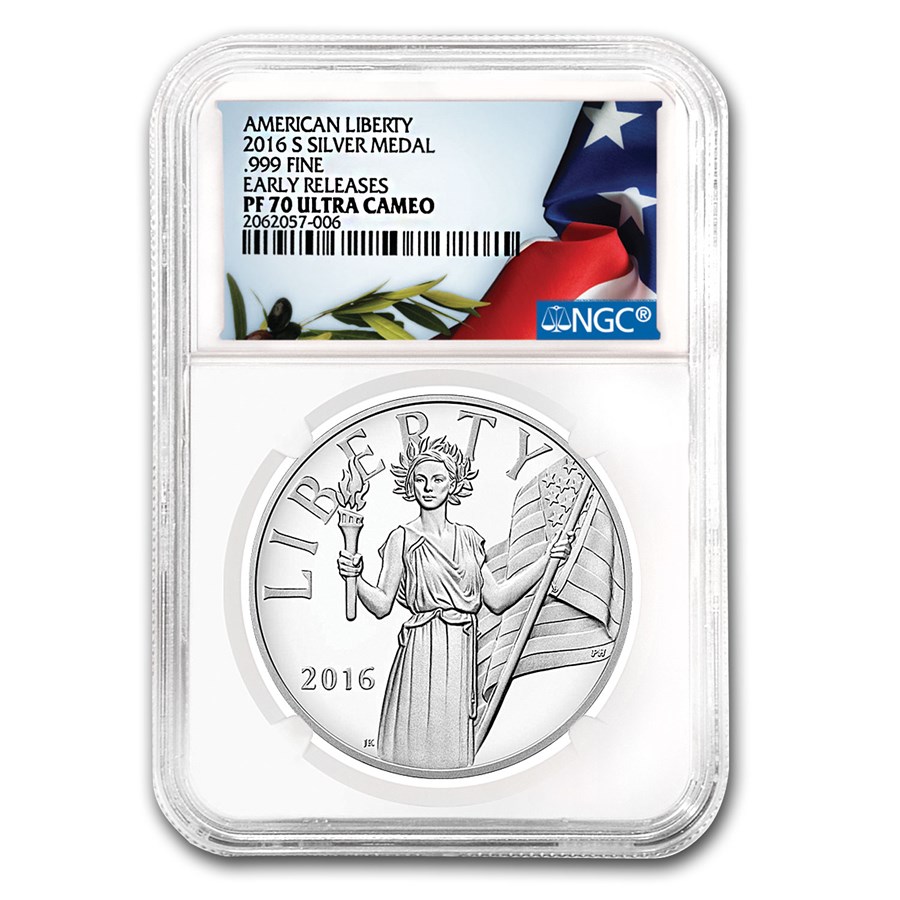 
Protect and display your American Liberty Silver Medal in style by adding an attractive display or gift box to your order.

This medal bears the same design seen on the $100 Gold American Liberty coin struck in 2015. Unlike 2015’s $100 Gold American Liberty coin, however, this 2016 Silver version is not legal tender and bears no denomination. The obverse design shows a modern depiction of Liberty, holding a torch and an American flag. It was designed by Justin Kunz and sculpted by Phebe Hemphill. The reverse design, created by Paul C. Balan and sculpted by Donald Everhart II.