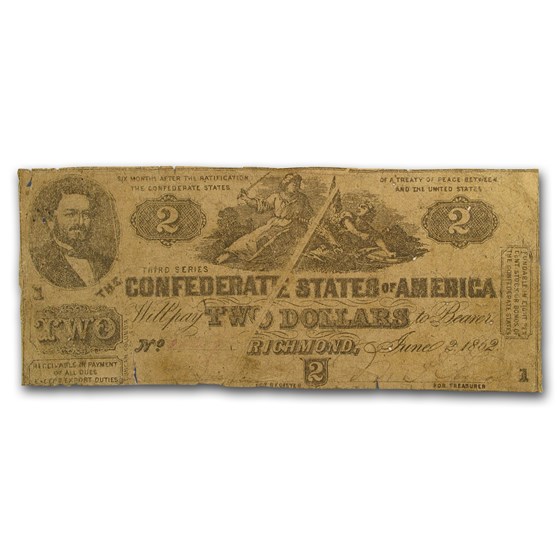 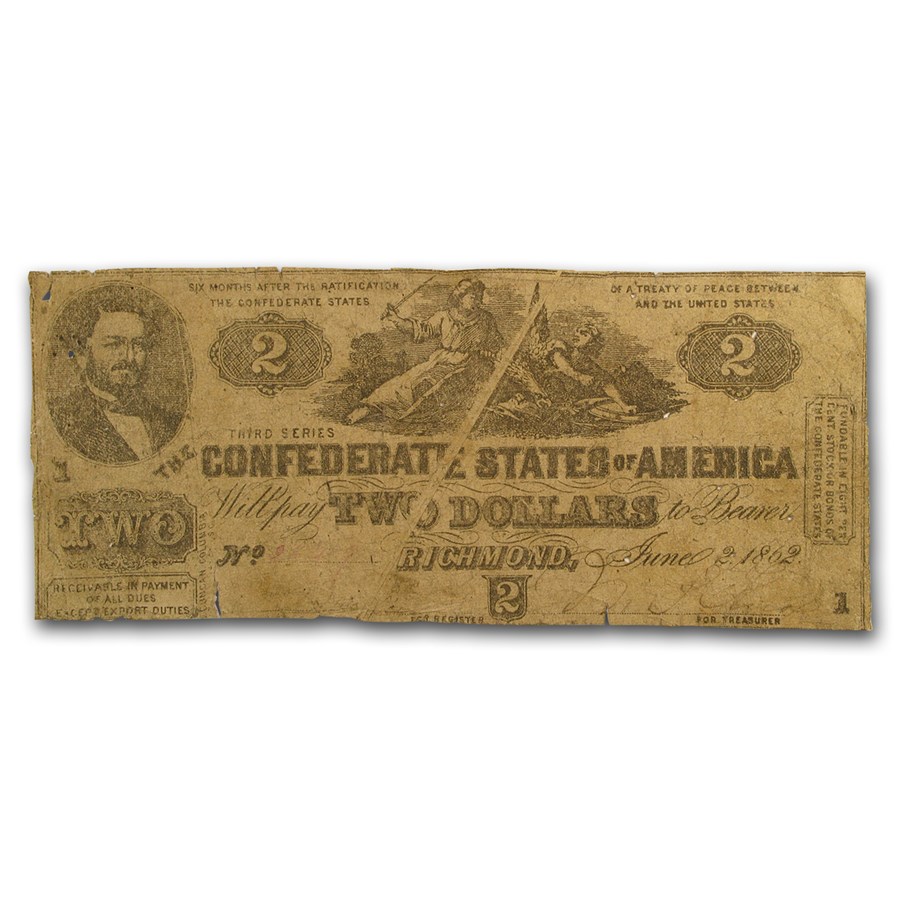 Catalogued as T-42, this note is hand-signed and serial numbered.

This note has seen lots of wear, but is intact with a little edge damage which is typical of these CSA paper money issues due to the quality of paper being used. This note is a decent and affordable example of CSA paper money used during the Civil War.