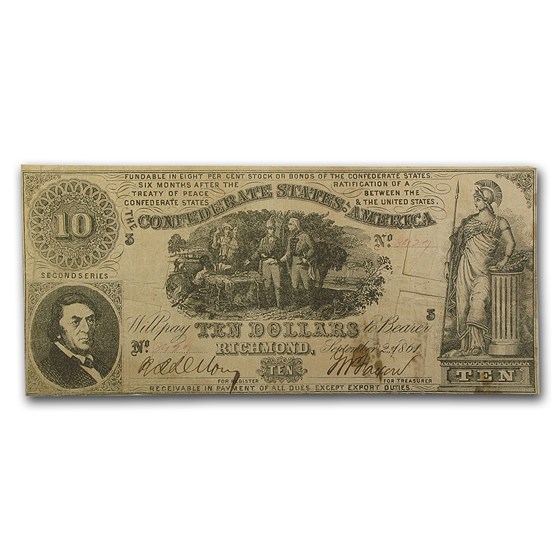 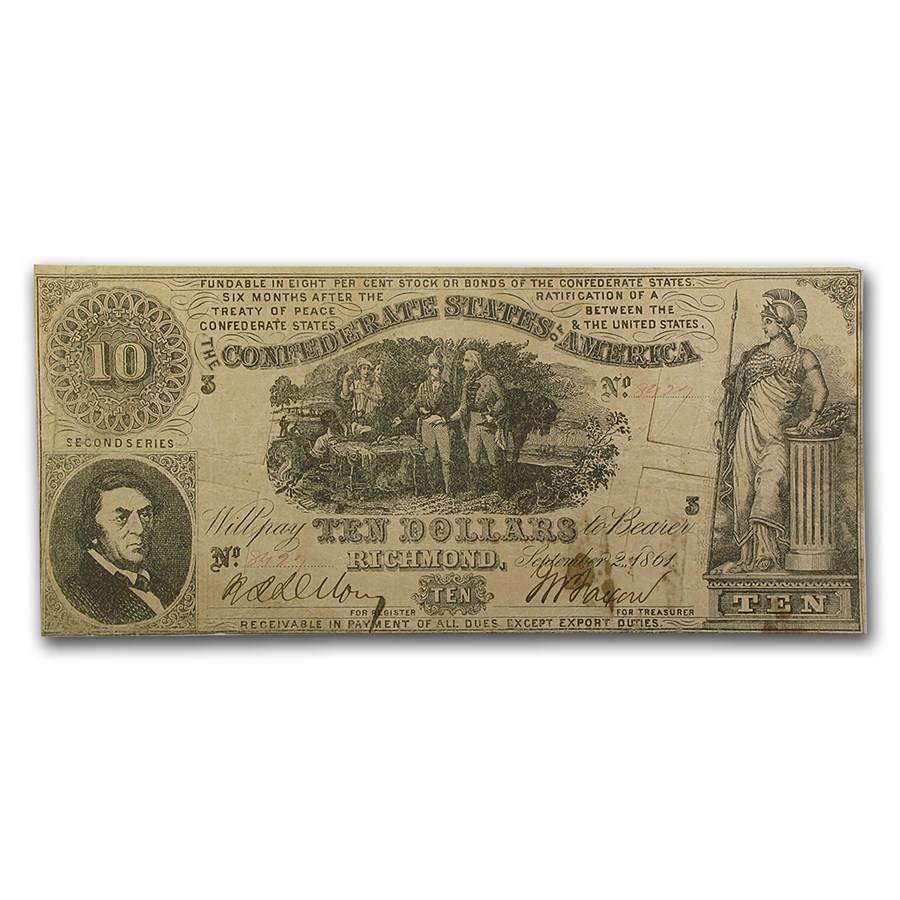 Currency Highlights:
This note is a good example of CSA paper money used during the Civil War! Add one of these classic collectibles to your cart today!

The 'Sweet Potato Dinner' nickname came from the more detailed depiction of General Francis Marion, Revolutionary War hero and native of South Carolina with an aide standing at a table with sweet potatoes.

This note has seen some circulation, but is not damaged as many CSA paper money issues are due to the quality of paper being used.