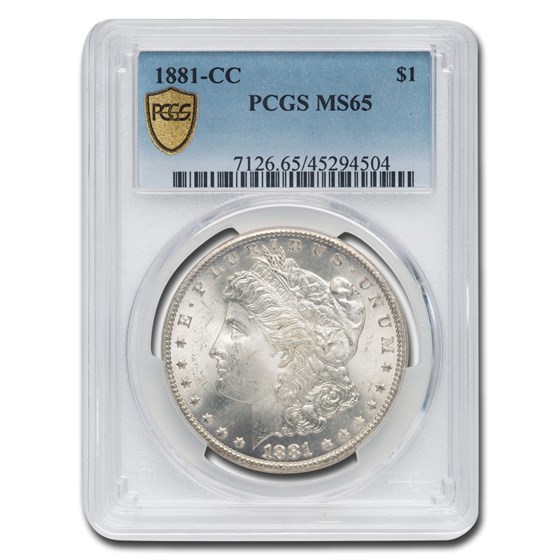 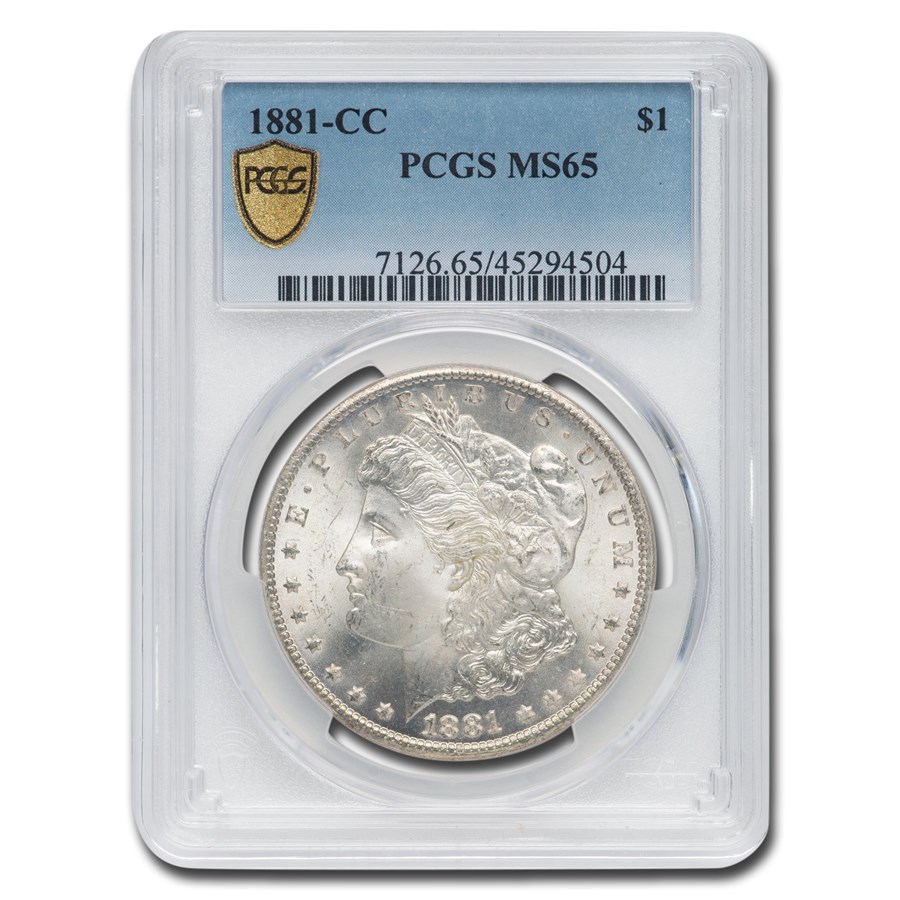 Product Details
Product Details
This 1881-CC Morgan Dollar has been certified as MS-65 by PCGS, one of the top coin grading services. This highly collectible coin is in great condition and will be an excellent addition to any numismatic collection.

Showcase your certified MS-65 1881-CC Morgan Dollar by adding a presentation box to your order.

Add a piece of American coinage history to your collection today with this 1881-CC Morgan Dollar graded MS-65 by PCGS!


The 1881-CC Morgan Silver was designed by George T. Morgan, who designed several other coins throughout history including the British 4 Pence Coins, the 1876 Trade Dollar, and Presidential medals. However, he also is responsible for designing an 1895 Pattern Lincoln Cent that never saw production, as well as a few Confederate Currency notes.

The design on the 1881-CC is very similar to that of other 1881 Morgan Dollars. It features an American bald eagle with a laurel wreath in one talon and arrows held by the other. The 1881-CC is identified by its "CC" mintmark, which stands for the U.S. Branch Mint in Carson City, Nevada. 1881-1882 are maintained as scarce years of issue due to problems at the Nevada Mint, but 1883 marked their recovery, thus marking 1883-1885 as more common years of issue.


The Professional Coin Grading Service, or PCGS, is an independent, third-party coin grading company that was founded in 1985. PCGS's initial service offering was a detailed analysis of a submitted coin's authenticity and 7 key factors/characteristics of the physical coin itself. PCGS has become one of the most trusted authority figures in numismatics today due to their strict standards of quality control and impartiality. PCGS prides itself on its "neutrality," which means its main goal is not to get new customers but to convince critics that PCGS indeed does provide unbiased appraisal services for collectors and dealers alike.