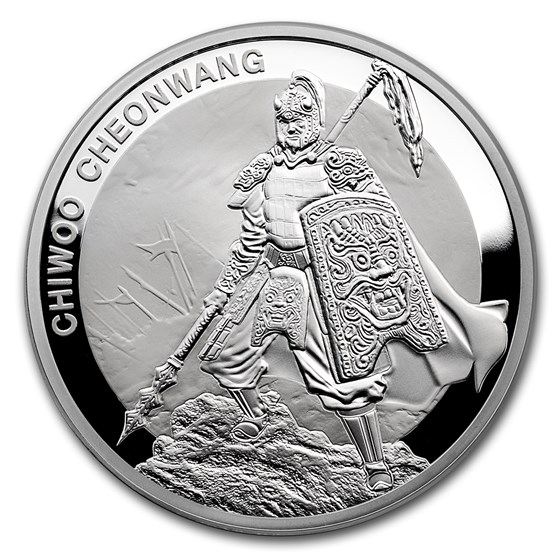 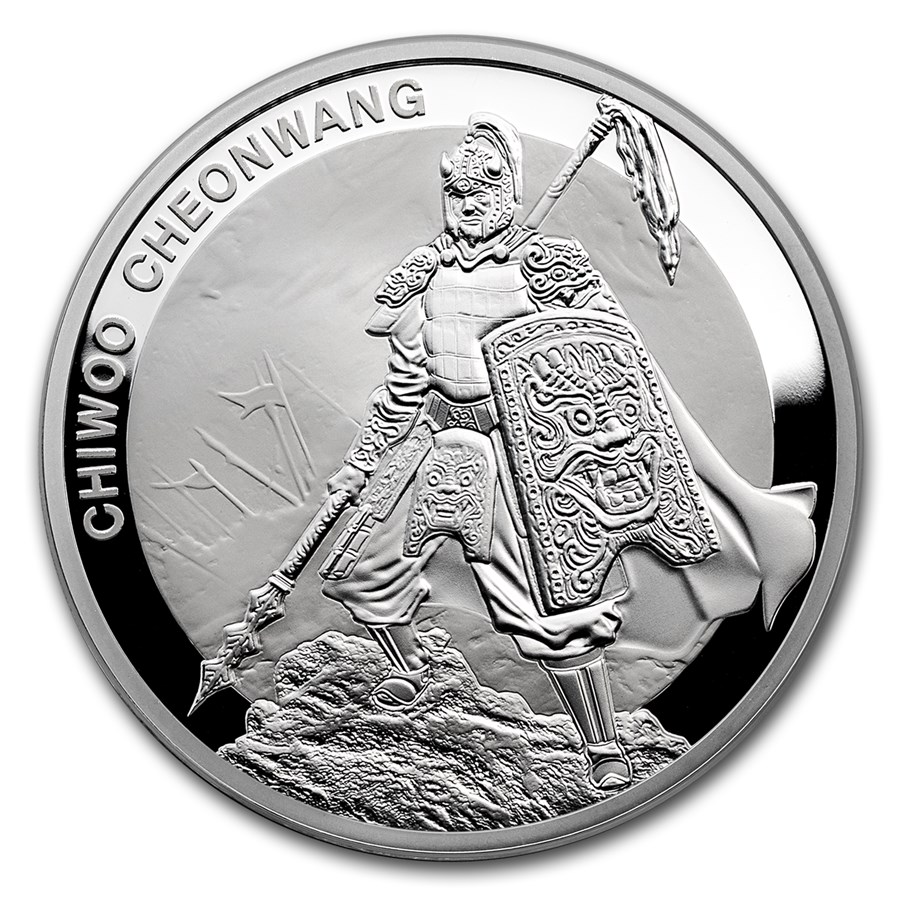 This series features Chiwoo Cheonwang, a legendary figure in Korean history who is known as a symbol for victory and a guardian figure.

Don't miss the chance of owning the inaugural and strictly limited release of Korea's first-ever Proof version of the successful Silver medal bullion series. Add one of these Korean 1 oz Silver medals in Proof condition to your cart today!

In 2017, after two successful issues of the Chiwoo Cheonwang series, APMEX was pleased to discover special 2016 versions that had been produced but never made available to the public. Among these was the 2016 1 oz Proof Silver medal, providing even more beauty and depth to the already popular inaugural design.

Absolutely stunning in every way!

The detail is off the charts, low mintage too. You can't go wrong here.

Mint. 0026/2016. Thanks APMEX. If you purchase, the book comes in a plastic sleeve, open on both ends, and the book is slick. Beware of gravity.

Beautiful coin well struck an excellent first edition. The packaging is top of the line and well thought out. A great buy and investment.

Awesome Round To Have

I can tell you that this is my First time purchasing one of these Chiwoo Coins and I am happy to say I am glad that I got this ! Proof condition, so to me its perfect ! I like how it comes in a Booklet type holder (encapsulated) with a short background included. And I am and have been a Sucker for Any & All Low Mintage Coins ! And this one in particular is Not many out there. If rarity holds true, which it should.....this Coin is only going to go UP ! Not sure just yet if this is a Series I am going to get Hooked on, but at least I can say I have One in my Possession. So if you are on the fence about picking one of these up....I say just Do It ! You will Not be disappointed.

I am Korean so naturally I was drawn to this 2016 silver proof chiwoo. I have the 2016 and 2017 BU and man I thought those looked good... WOW. Its beautiful. BUY it NOW before theyre gone and the price goes WAY UP!

This coin is beautiful and I would def pick one up before they run out.

A collectors item for sure!

I am a proud owner of a 2016 Chiwoo Cheonwang Silver Proof medal (coin). I am very impressed with the packaging used to house the Chiwoo and the detailed description showcasing the medal. I highly recommend you consider adding this to your collection. Don't wait! Way to come through APMEX for your clients!

Get them before they are gone. The packaging is amazing and the strike is perfect!