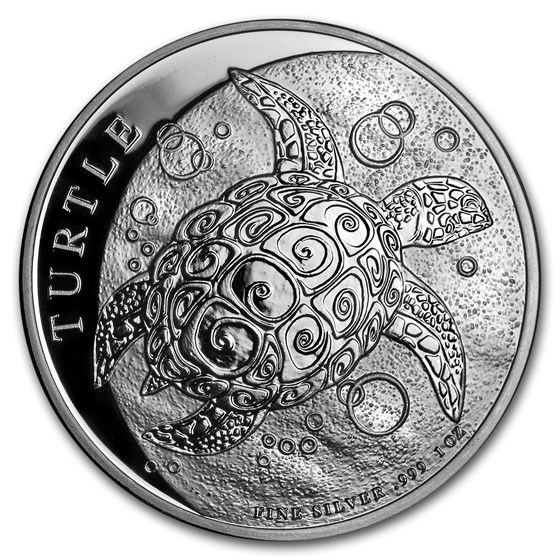 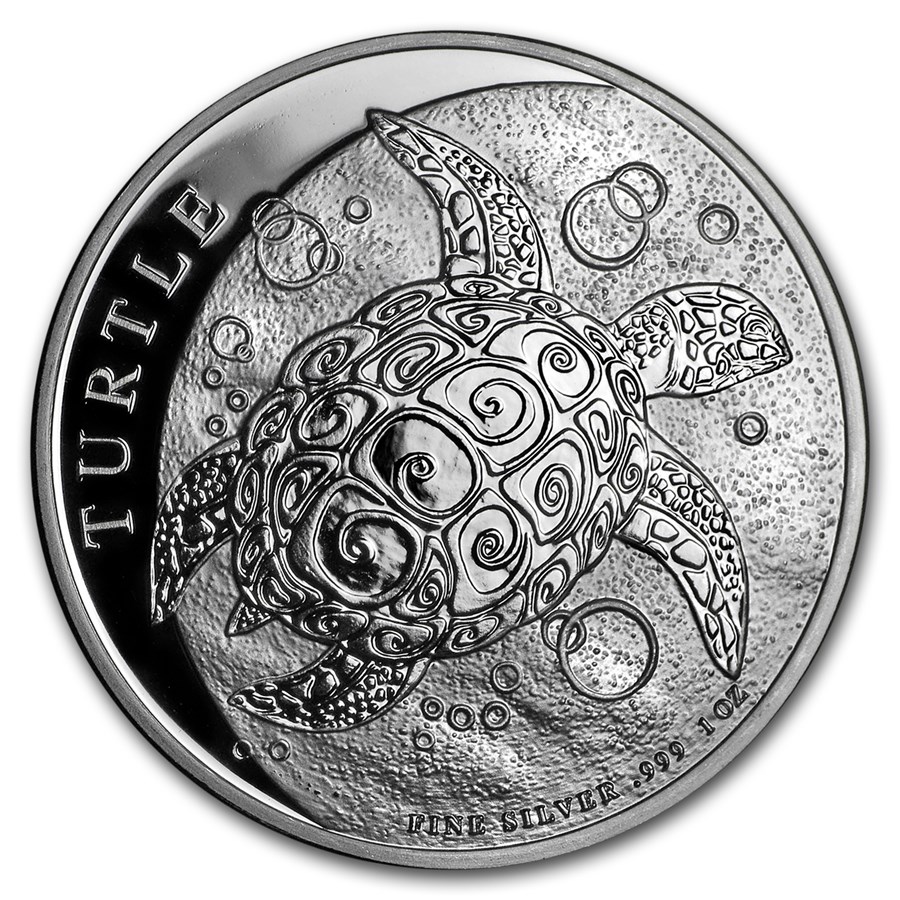 Your purchase will match the quality of the product shown.
Product Details
Product Details
This coin is a continuation of the Silver Taku series from the New Zealand Mint that has grown tremendously in popularity in its brief existence. The coin combines the appeal of 1 oz of Silver with an elegant design that captures the beauty of the ocean.

With a sleek design and low mintages for bullion, these coins tend to move very quickly. Add this 2018 Hawksbill Turtle to your cart today!

Beautiful creatures, they make incredible migrations in order to move from feeding sites to tropical beaches that often serve as nesting grounds. Hawksbill turtles come to New Zealand every year from Fiji. Although they’ve been sighted as far south as Cook Strait, they are mostly seen in the upper North Island of New Zealand in the clear, shallow waters of the island shelve.

Just received 5 of these. All arrived in beautiful condition for B/U coins. I've collected 5 of each year of issue from Apmex. I think they'd be more desirable and collectable if they changed the image of the turtle every year.