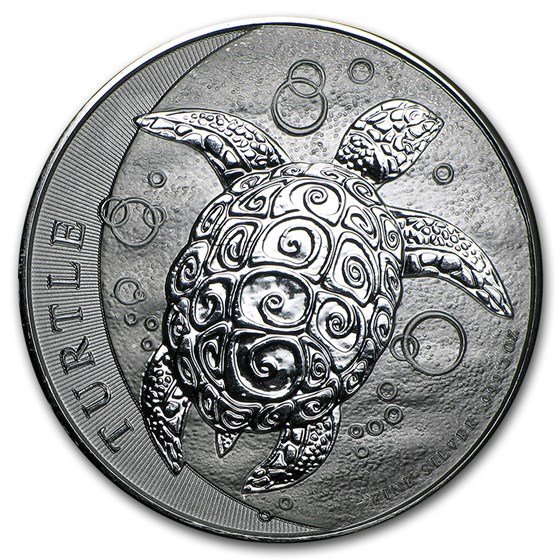 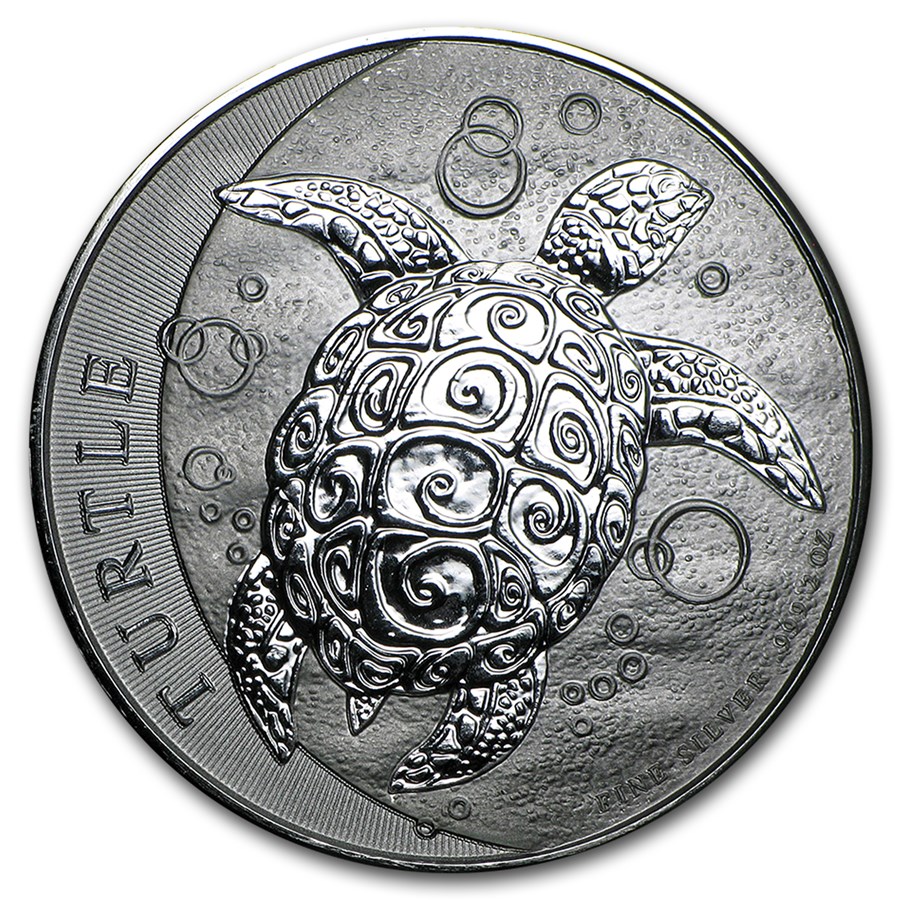 Your purchase is guaranteed to match the quality of the product shown. It will not be this exact item.
Product Details
Product Details
This coin is a continuation of the Silver Taku series from the New Zealand Mint that has grown tremendously in popularity in its brief existence. The coin combines the appeal of 2 oz of Silver with an elegant design that captures the beauty of the ocean.

Coin Highlights:
With a sleek new design, these coins are sure to move quickly. Add this 2016 Hawksbill Turtle Silver coin to your cart today!

Beautiful, shinny coin. Thicker than expected. We love it.

Just like the one ounce versions but thicker and heftier. Fun to compare with the lighter version. People have a tough time realizing the weight is the only difference.

2 Oz Turtle is a Beauty

I've been collecting the 1 oz hawksbill turtles for a couple of years because of the low premium and beautiful design. When I saw they had a 2 oz, I had to get some. Same design as the 1 oz but has the nice heft of a 2 oz coin. Will be adding more of these.

Just received it and WOW! mirror finish flawless design and...just...WOW! I'm very impressed with these. As soon as I can I'm buying 10 more! Plus, even if silver is low 5 years from now, you can still sell it at a gain because of the low mintage. Just look at similar coins values and what people are paying. 3 year old American Eagles sell for 5-7x as much as what the silvers worth every day. Amazing investment