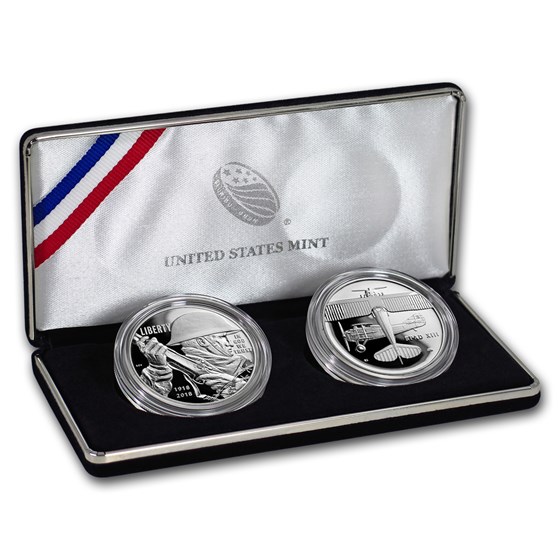 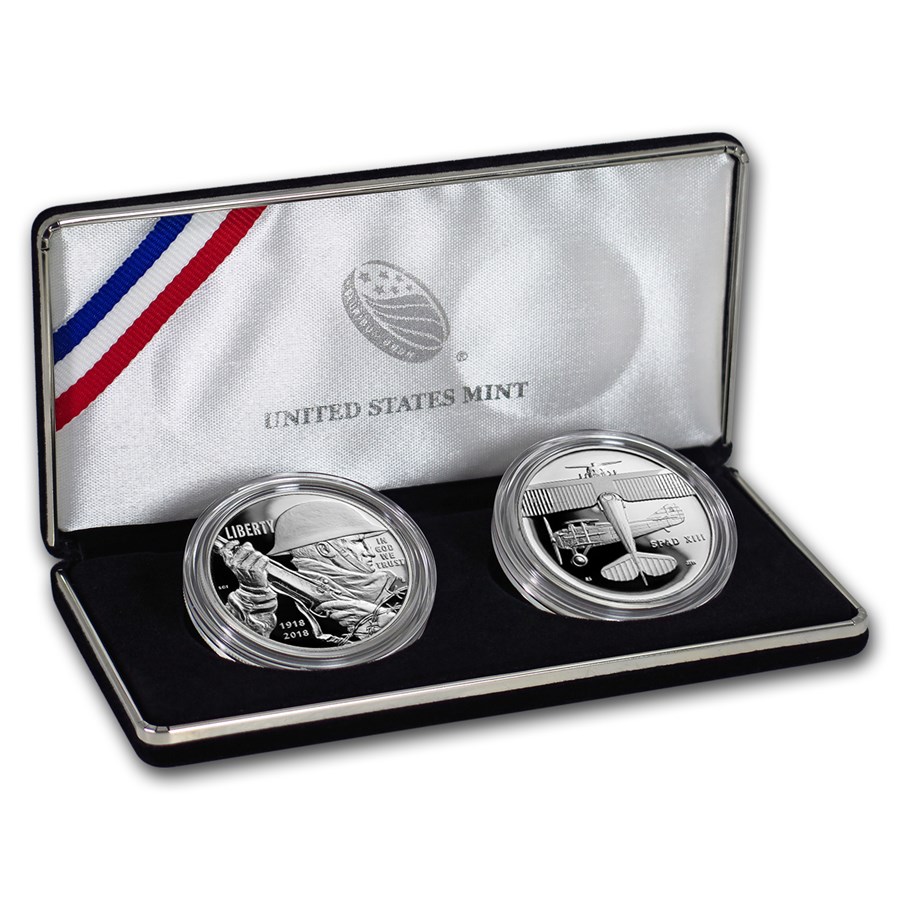 $24.53
As Low As
Product Details
Product Details
This special 2018 BU Silver Dollar coin recognizes the centennial of the end of World War I which lasted from July 28, 1914 until November 11, 1918 and includes an Air Service Commemorative Silver Medal.

Hard to properly describe the impressive beauty and design of this coin and metal set. The US MINT has done itself proud once again. This item has catapulted to my favorite of my collection. Well worth the price. The monies going toward D.C. Memorial for WW1 vets also very nice. Thanks AMPEX for speed of purchase order to day of delivery. Great job.