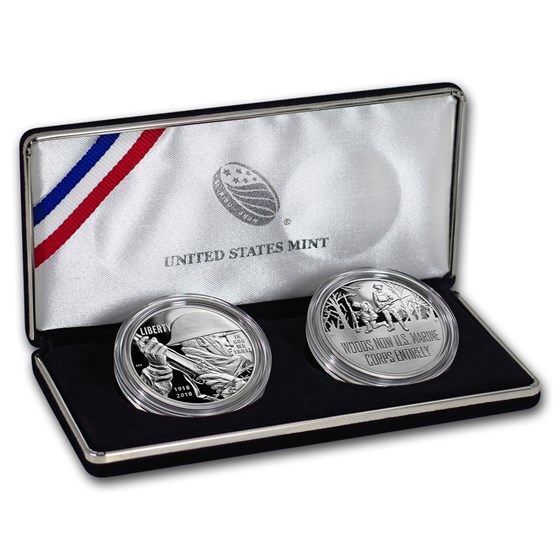 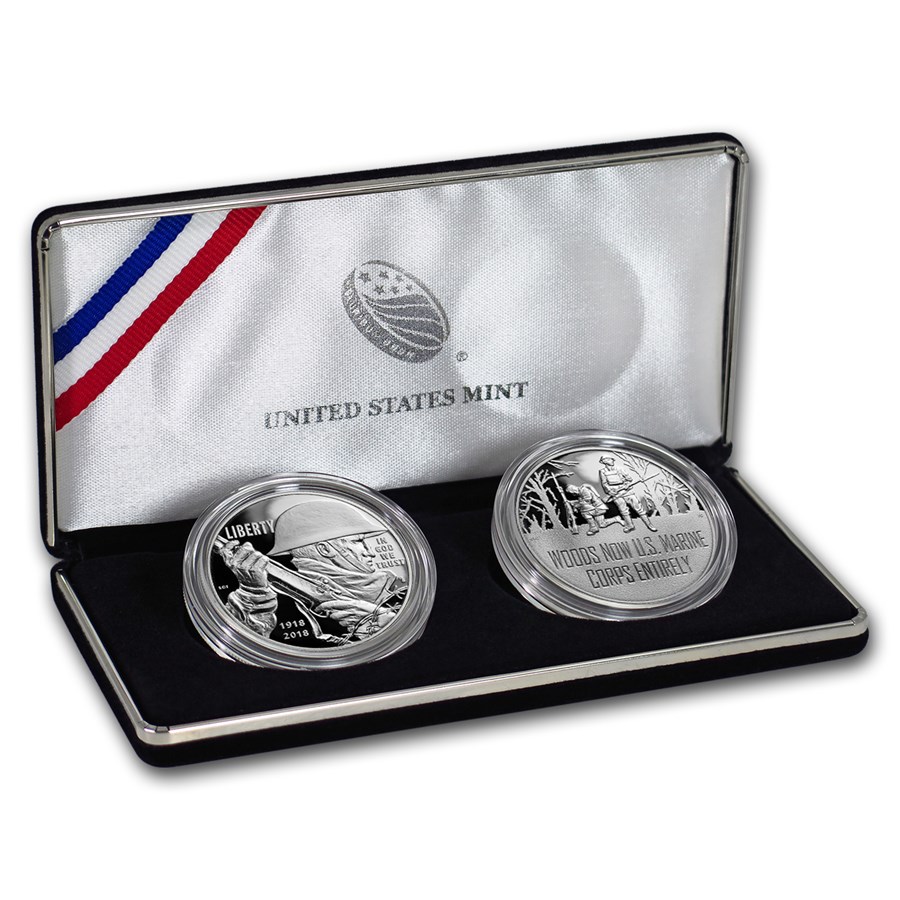 Product Details
Product Details
This special 2018 BU Silver Dollar coin recognizes the centennial of the end of World War I which lasted from July 28, 1914 until November 11, 1918 and includes a Marine Corps Commemorative Silver Medal.