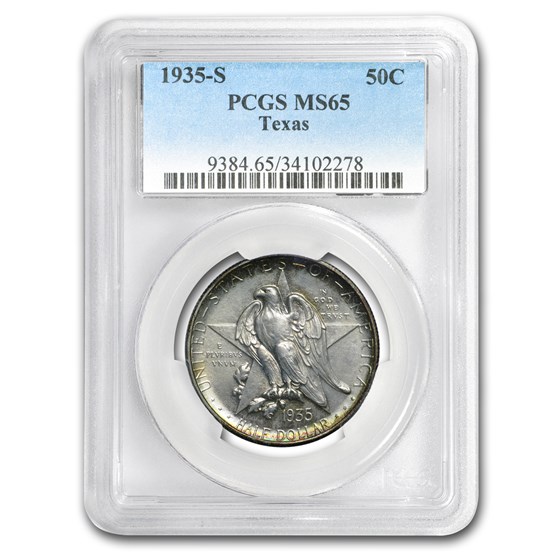 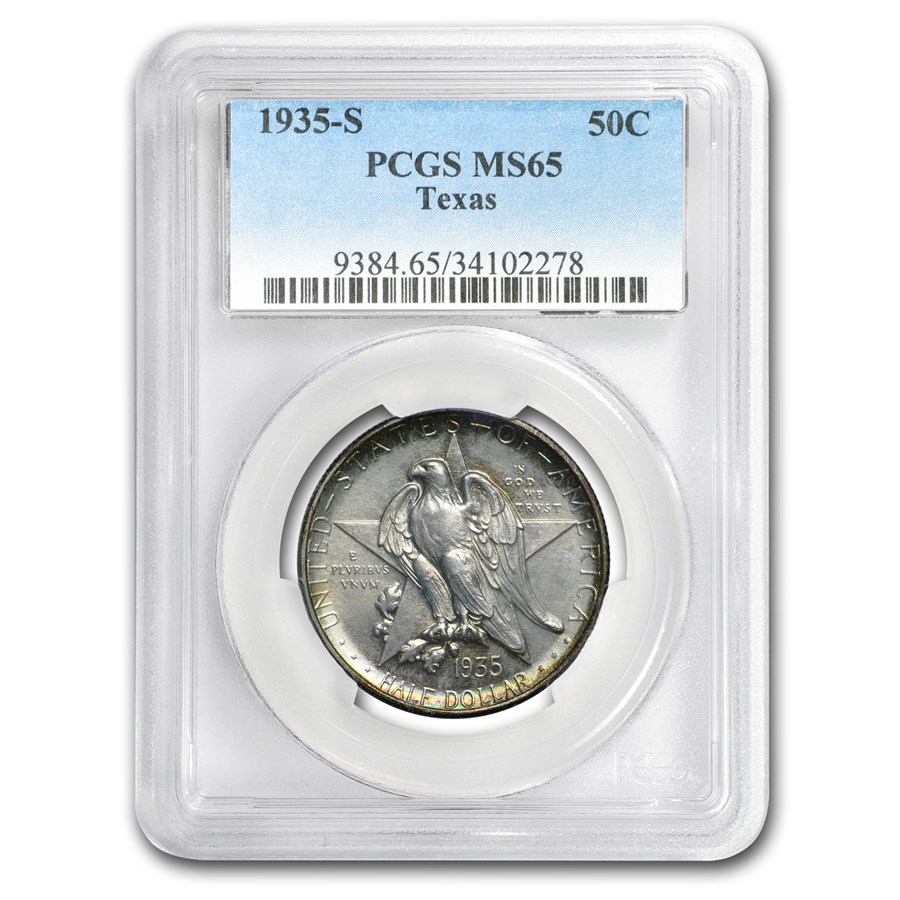 $22.07
As Low As
Product Details
Product Details
Designed by Pompeo Coppini to commemorate the centennial of Texas' independence, these coins were minted two years early. The Texas Centennial occurred in 1936, but Texas commemoratives were struck beginning in 1934 and continued until 1938.

The Battle of the Alamo (February 23–March 6, 1836) was a pivotal event in the Texas Revolution. Following a 13-day siege, Mexican troops under President General Antonio López de Santa Anna launched an assault on the Alamo Mission near San Antonio de Béxar (modern-day San Antonio, Texas, United States), killing all of the Texian defenders.