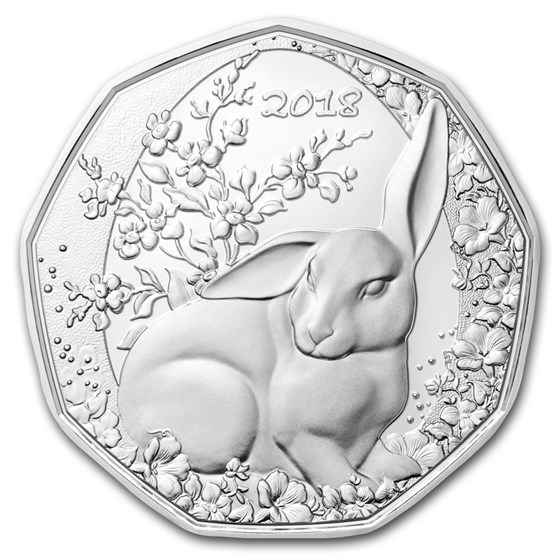 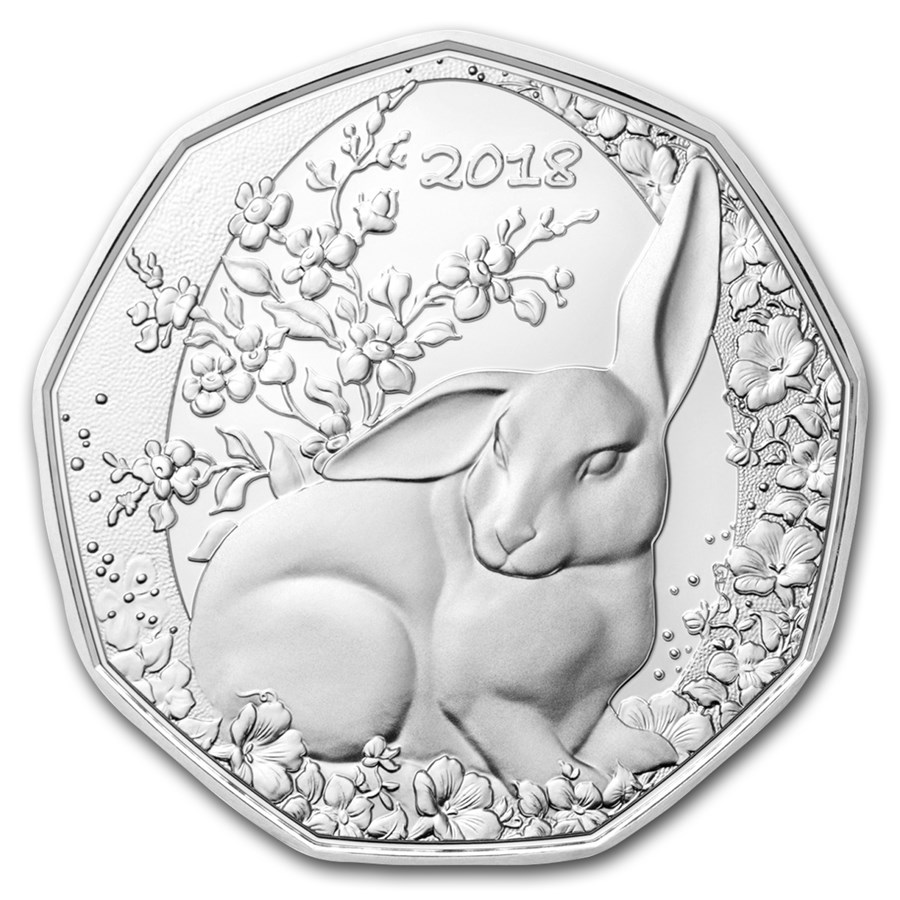 Product Details
Product Details
Celebrating both Easter and the 300th anniversary of the manufacture of porcelain in Vienna, the Easter Bunny coin features a depiction of a very special rabbit.

Originating in Germany during the Renaissance, the “Osterhase” (literally the Easter hare) was a folkloric figure among the followers of Martin Luther that judged whether children were behaving correctly at the beginning of Eastertide. Today the Easter Bunny is a far less judgmental creature who brings eggs for all children irrespective of their behavior.
Coin Highlights:
Add this 2018 Austria Silver €5 Easter Bunny coin to your cart today!

Designed by ceramicist and sculptor Michael Powolny (1871-1954) around 1930, it is one of the most charming pieces ever produced by Vienna’s famous Augarten Porcelain Manufactory. The manufacture of porcelain in Vienna was established in 1718 by Claudius Innocentius du Paquier after the Dutchman completed a risky mission to bring the secret of how to make porcelain from Meissen to Vienna. From the outset, the manufactory’s designs were ahead of their time. During the 1920s, the creative input of artists such as Michael Powolny, who co-founded the Wiener Keramik, part of the influential Wiener Werkstätte workshops, played an important role.