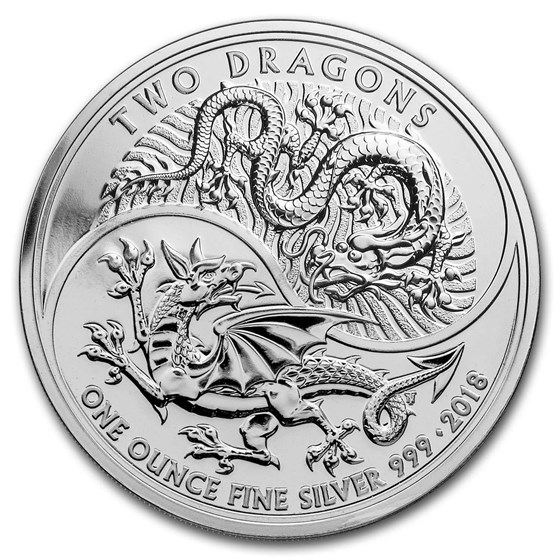 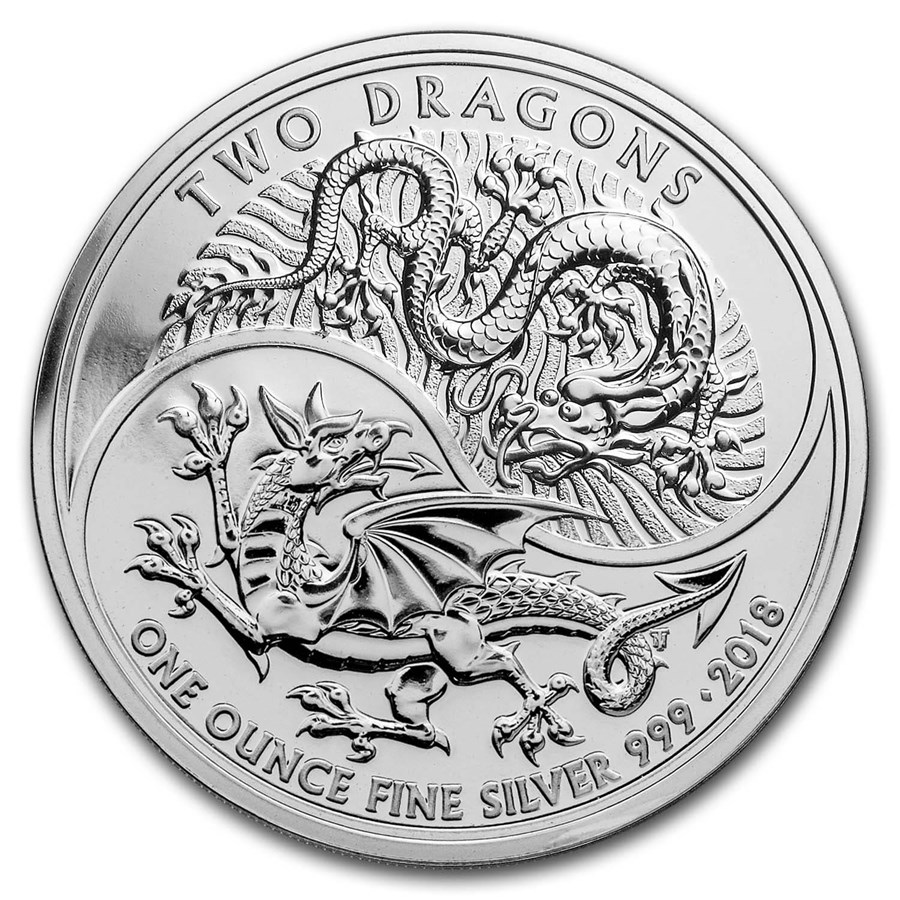 $32.53
As Low As
Product Details
Product Details
Sold out at the Mint! An impressive coin from The Royal Mint, this captivating coin features two legendary dragons that represent the synergy found between the British and Chinese cultures.

Coin Highlights:
Display your Two Dragons Silver BU coin in style by adding an attractive presentation box to your order.

Celebrate a mythical creature that links two very different cultures with this 2018 GB 1 oz Silver Two Dragons coin. Add this enchanting coin from The Royal Mint to your cart today!

Lucky to buy one... timing is everything! Wales China

These coins are beautiful. If they ever continue this as an annual mintage, I will continue to pick up more of them. Going to add them to my collection one or two at a time. Come directly from the mint in acrylic capsules. Thanks APMEX!

Posted By:Man of the North

Excellent in every way !!

This a beauty and a sure thing. High quality product from the Royal Mint in a low mintage. Premium may seem a bit high but is offset by the future reward from high quality and low population. With the current low price of silver this is a must have coin in my humble opinion. Get them before they are gone. With only 50,000 minted they will not be available at this price much longer !!

This coin is AMAZING. Brilliant and beautiful design. Cant stop looking at it and being in awe. Great coin for any occasion and great collectable

These coins looked even better than expected. I have been to the APMEX site online several times now just to browse. They have good prices and product they have made my short list for my silver purchases.

I love dragons so of course bought a few, and lower mintage is a plus, why keep buying one of a few million mintaged Eagles. Still a bit high premium even for lower mintage and not too crazy about the mirror shine, could have used some contrast- I like the Double Dragon Niue coin design better for that reason and agree with former post about some having tiny dings in the rim of coin.

very nice for the pice

these are actually really nice especially for the low price. For not that much more than American Eagles, you can get a limited mintage Royal mint coin that looks great. Easy choice here to buy. Apmex always has great service.

this coin is very nice and has potential it is fine enough for me , I want 5 more soon.