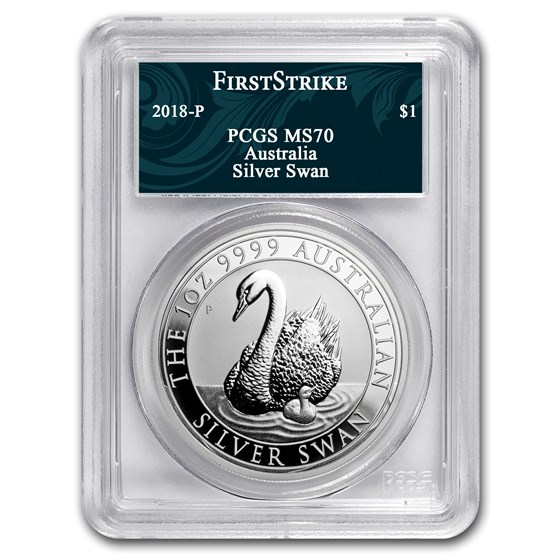 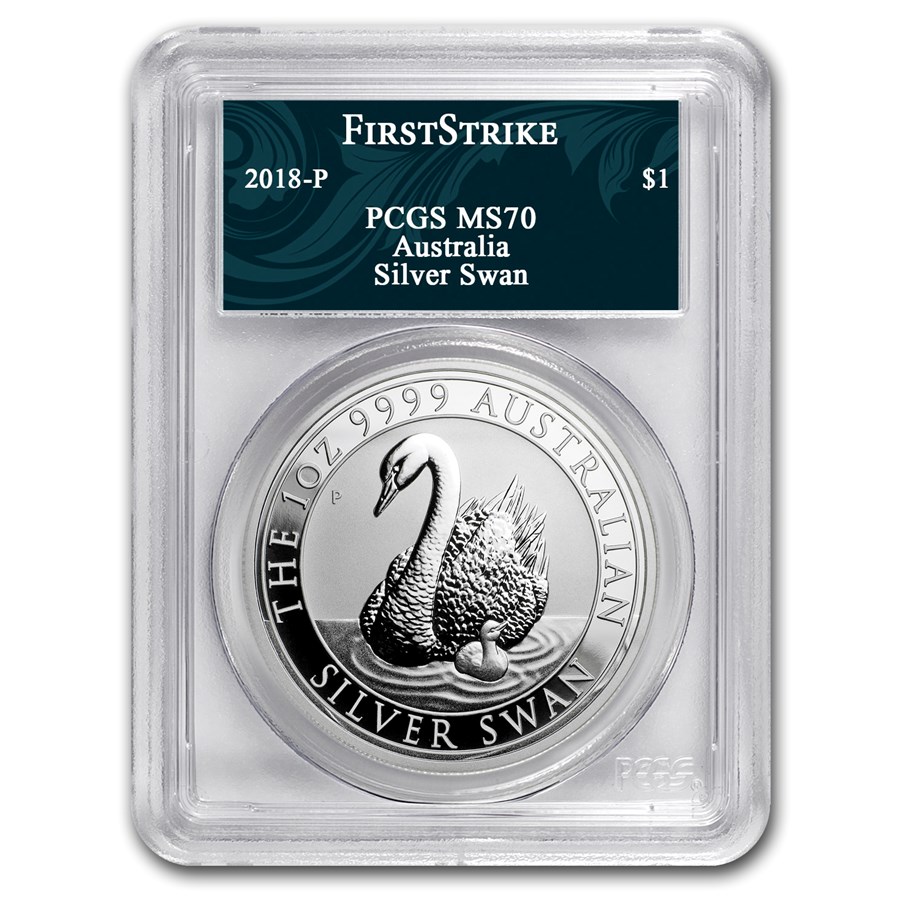 Product Details
Product Details
The Silver Swan coin has a limited mintage of 25,000 coins made of .9999 fine Silver. This coin was graded a perfect MS-70 by PCGS with First Strike designation. Only 797 of these exclusive MS-70s with the Swan Label exist!

Swan #2 is just as nice as the first

PCGS, ms70, first strike: it speaks for itself. It doesn't get any better than this. I'm pleased Perth has kept the mintage at 25000 despite the popularity of the 2017 swan. Single slab packaging and shipping was well done as always.

The Swan labels are really hot right now. They are very beautiful and really makes a collection pop.

I admit these Perth coins in the Swan labels are top notch work and grow on you.

Just received my 2018 Silver Swan ms70 simply a gorgeous coin and it looks with my 2017 ms70 swans ,I feel it's a great investment in the future with only 25000 minted and hopefully in a few weeks I'll get another ms70 ,and paid for it Friday and received my order on Monday great job Apmex.